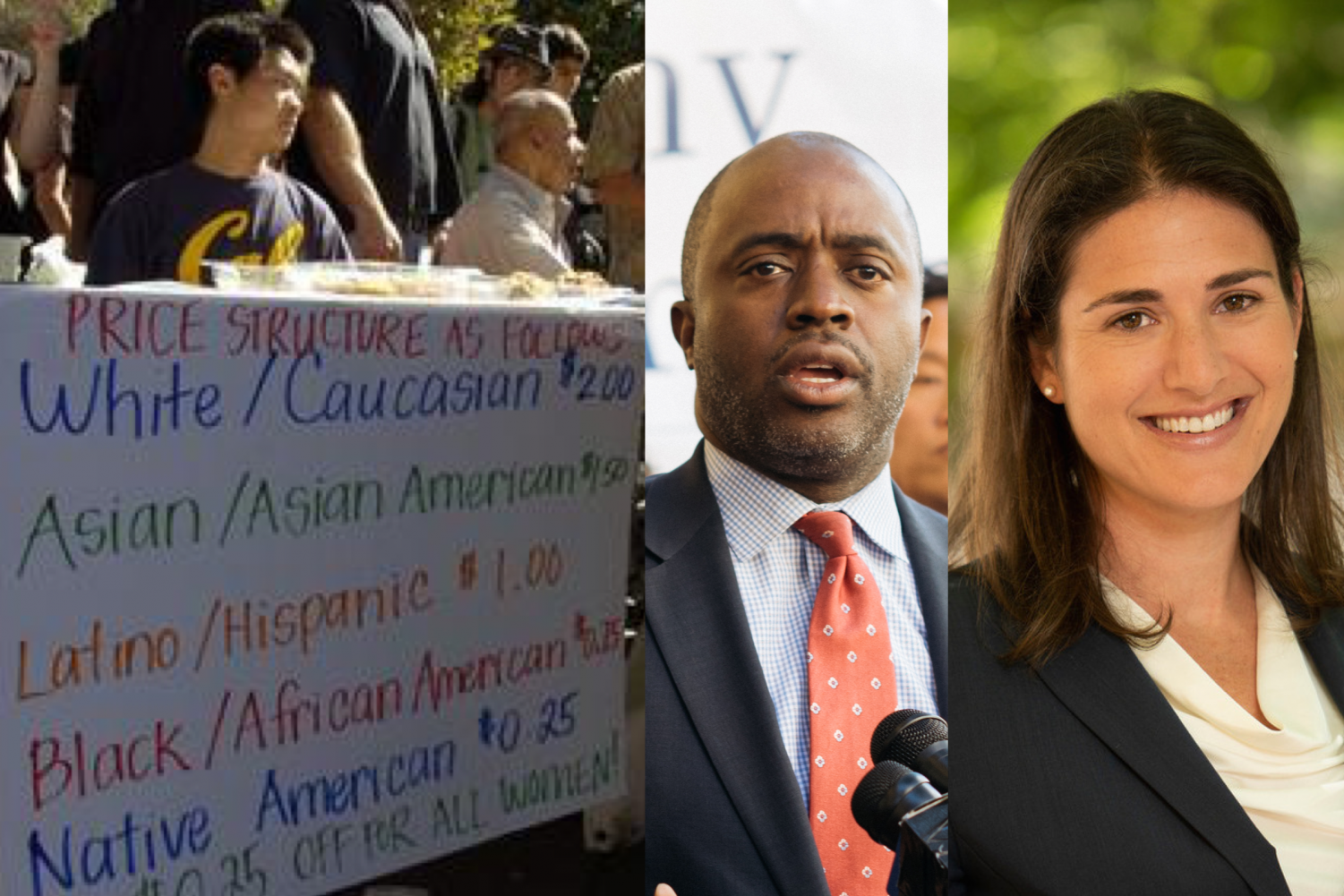 The recent Harvard lawsuit against affirmative action has sparked another one quite close to home — a law professor from UCLA, Richard H. Sander, is suing the University of California system for allegedly considering race as part of their admissions process.

The lawsuit stems from a possible violation of a special resolution SP-1, a law passed in 1995 that banned the consideration of “race, religion, sex, color, ethnicity, or national origin” in UC admissions. In 1996, Proposition 209 extended this ban to a blanket over all public entities in the state.

The report from Sander found that, in addition to the holistic part of the admissions process, where committees review test scores, grades and extracurriculars, the university system conducts a supplemental review, which considers socioeconomic environments and other hardships students might have faced in high school.

This review was found to disproportionately represent minority groups, such as Latinos and African Americans, while underrepresenting a variety of Asian populations, including Chinese Americans and Indian Americans.

When Sander asked for more evidence from the UCs to bolster his claim, his request was denied, causing him to push the lawsuit, which leads us to the question: Is affirmative action effective, and if so, is it right to prioritize racial and ethnic groups for diversity?

Dougherty students are divided on the issue. While some argue that affirmative action policies at the UCs are integral to true diversity, others see it as discrimination.

Many students who agree with affirmative action see race-conscious policies as beneficial to all minorities, including Asians.

“I definitely do not think [race] should be the deciding factor or even one that weighs very heavily, but nevertheless it is understandable if it is still a small factor,” senior Bella Hung said. “I personally don’t believe affirmative action discriminates against Asians: we may not be offered the same benefits that affirmative actions grants to other people of color, but it’s completely unfair for us to compare ourselves to other communities that have been discriminated against, hated, and even killed for centuries before ours. At the end of the day, Asians are still able to gain from racial affirmative action, and it helps us much more than it harms us.”

“I think it’s definitely okay for schools to use race and more specifically, whether the child is the first generation to go to college as a deciding factor for admissions,” senior Vishruti Ganesh said.

“I worry the stress on race supersedes more important factors like income or environment … I think more consideration of socioeconomic lines would be appropriate for UC apps and admission consideration in weighing merits,” Tripathi said. “Equal opportunity by race should be guaranteed instead of providing leeway based on one’s ethnicity.”

Junior Sejal Govindaro agreed, stating: “I think it’s really important to assess the ramifications of history and provide opportunities for rcaes who have been marginalized in this country, but I think a racial quota generalizes and makes assumptions to a certain extent. In the Harvard lawsuit, there was a commonality of ranking Asians very high academically, but they had a lower personal score … It’s incredibly important to not generalize for race but couple this with socioeconomic status, as well as quality of each application individually.”

Govindaro and Sander share very similar stances. The UCLA professor’s argument rests on a certain set of data drawn from “Does affirmative action lead to mismatch? A new test and evidence”, a study conducted at Duke University in 2011.

The second prong of his argument is the most cited by opponents of affirmative action, who point to what they consider unequal standards through test scores of admitted students. On average, blacks and Hispanics scored 250 points lower (on a 1600-point scale) on the SAT than whites and Asians (New York Post).

Berkeley philosophy professor John Searle notes that the school “admitted people who could barely read” and that “there was a huge dropout rate of affirmative-action admits in my classes by midterms” because of this test-score gap.

Senior Joshua Wu adds that “affirmative action isn’t even helpful to the students that are supposed to benefit from it. Like, a few studies show that some minority students often get mismatched to their schools because if they are not as qualified as those also going to that school … They have higher dropout rates and lower average grades.”

It wasn’t until Prop 209 passed that this gap had shrunk nearly in half to 120 points.

Nevertheless, supporters argue that affirmative action is the most efficient method to attain maximal representation and diversity in California’s universities.

From 1997 to 1998, UC Berkeley’s admission rates for black and Latino applicants at declined steeply from 50 and 45 percent, respectively, to 20 percent and 21 percent within the span of a year. The actual school body was equally impacted: the black and Hispanic population at UC Berkeley fell from 29 to 13 percent (The Guardian).

This raised considerable alarm from the UC system as well as activists for affirmative action.

Jose Lago, a campaign manager for the Defend Affirmative Action Party said, “If minority students are not getting equal access to places like Berkeley, then we’re looking into a future that is again going to be completely resegregated, where racism is going to be the law of the day, where minorities are going to be relegated to second-class treatment. That has to end now, and the UC system can set the trend.”

Many have also pointed out the dichotomy of SAT scores, a common barrier for underrepresented minorities to get acceptance into competitive UCs.

In a Dec. 12 letter from UC Berkeley Chancellor Carol Christ, the college administration has adopted new plans for a five-pronged effort to increase diversity on campus. Corresponding legal action regarding the lawsuit is to develop in the following months. 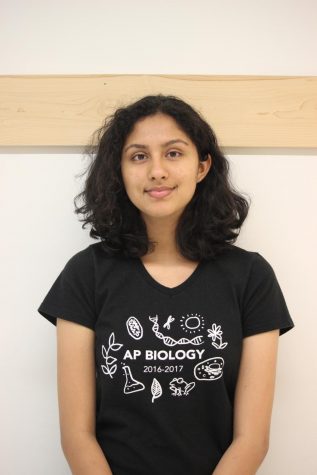 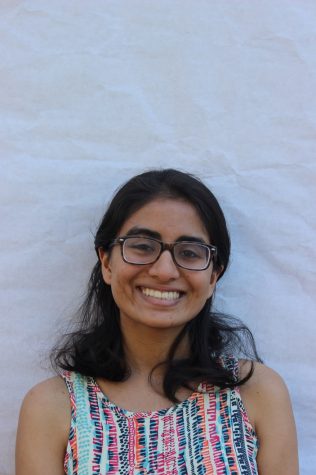 Oce joined the Tribune because she hoped the intelligence and incredible writing skills of people on the staff would rub off on her. This is currently her third year as part of the Journalism staff. She is... 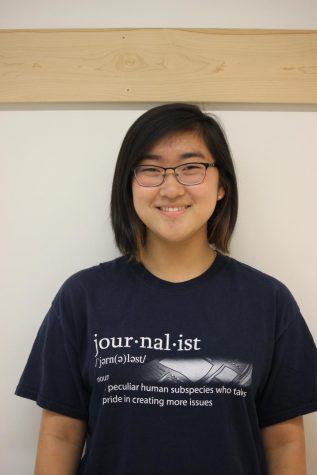 Elisa joined the Tribune because she thought she needed to take advantage of the seventh period as a freshman. She has fallen in love with storytelling and credits journalism for giving her some of the most... 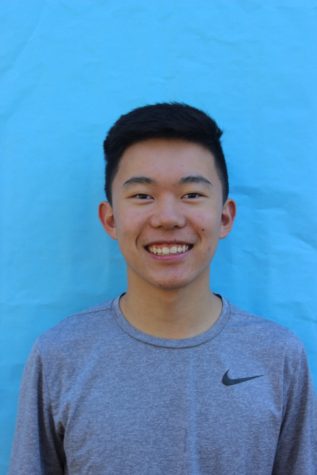 Steven joined the Tribune because he wanted to be more involved in the school, desired to improve his writing skills and needed a sixth period class. As a sophomore, he was a staff writer and became a copy... 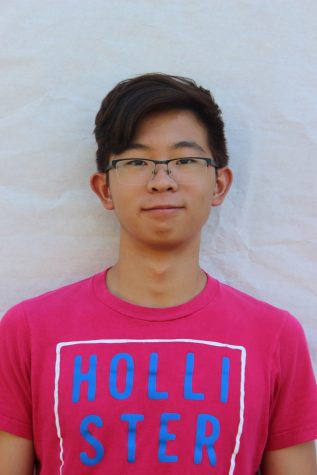 Michael joined the Tribune in sophomore year to work on his writing skills. He has been a staff writer for two years and worked as a copy editor and assistant news editor. Outside of journalism, Michael runs... 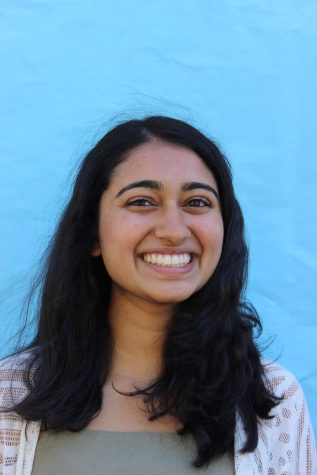 Riya Bindlish joined the Tribune to express her writing and opinions. She really really like talking to people and sharing their stories! This will be Riya's third year writing for the Tribune. Sbe was the... 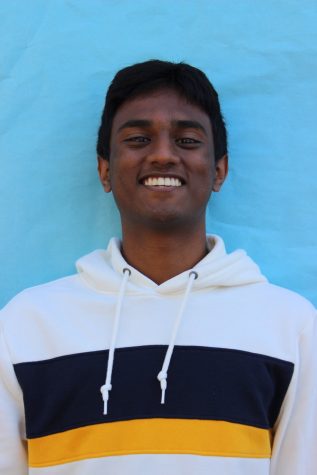 Kavin joined the Tribune his freshman year due to his love for writing and exploring different perspectives. This will be his fourth year in journalism. Kavin enjoys watching "Avatar: The Last Airbender" in...

On Nov. 16, 10 days after California citizens cast their votes for the 2018 midterm election, Rebecca Bauer-Kahan and Tony Thurmond were confirmed to their first terms as, respectively, representative of California’s 16th State Assembly district and California Superintendent of Public Instruction.

Rebecca Bauer-Kahan, an attorney by profession, primarily centered her campaign platform on local community issues such as public education.

With California currently being one of the lowest ranking states in education spending per pupil, this would eventually prepare students for modern careers. She also plans on reforming the college loan system, so as to decrease student debt across the state.

Bauer-Kahan also offered anti-Trump stances on broader national issues such as climate change, immigration policy and abortion rights. In regard to immigration policy, she is expressedly averse to the zero-tolerance policies used to separate families at the border.

On the other hand, opponent Catherine Baker has been in office since 2014 and was seeking her third term.

While Baker and Bauer-Kahan share similar views on gun reform and abortion, Baker’s stances on the environment and criminal justice differ: the Republican voted against a bill that would reduce greenhouse gas emission levels and another to amend bail procedures.

During the campaign, Bauer-Kahan advocates also called Baker out for not following through on stances she claimed that she held. They pointed out that despite identifying as pro-choice, she voted against a bill that would require certain health clinics to provide their clients with information on state-funded abortions.

In his race against Marshall Tuck, Thurmond also opposed “Donald Trump and Betsy Devos’s efforts to privatize the public education system” and worked in “ensuring accountability for charter schools.”

Persuaded by Thurmond’s opposition to the privatization of the school system, the California Teachers Association (CTA) put its support behind the Assemblyman.

Citing Tuck’s outspending of Thurmond by a 2-to-1 ratio, CTA president Eric C. Heins said, “Tony prevailed in the most expensive race for a statewide schools’ chief in the history of U.S. politics because California voters know he will advocate for all students … Both Thurmond and Newsom will treat our schools as community centers, not profit centers.”

In addition to the CTA, the California Democratic Party and all five of the 2018 California Teachers of the Year also endorsed Thurmond. A strong presence in the northern coastal region, especially in the Bay Area and Los Angeles counties, carried him to victory.

Dec. 3’s completed count showed Thurmond leading the total by a 1.8 percent margin of about 187,000 votes (California Secretary of State).

In a mock in-school election that surveyed about a third of students, both Bauer-Kahan and Thurmond edged out their Republican opponents, with slightly higher leads than the overall state election. Bauer-Kahan won 7.3 percent more votes and Thurmond won 1.6 percent more.

Both candidates similarly won by narrow margins in the state election, upending the early victories of their rivals, Baker and Tuck, respectively.

California voters also tended to be older, with residents age 55 and older accounting for 48 percent of likely voters. In comparsion, a vast majority of participants in the on-campus poll were under the age of 18.

On Dec. 3, Bauer-Kahan officially entered office as 16th district Assemblywoman under oath at a ceremony held at the California State Capitol. Thurmond will take office as California Superintendent of Public Education on Jan. 7, 2019. 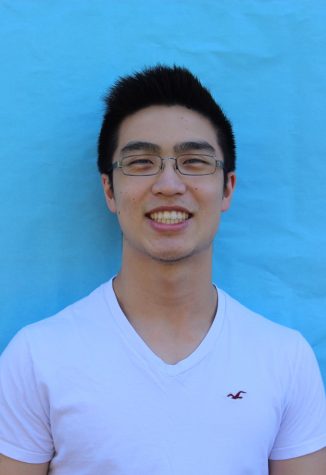 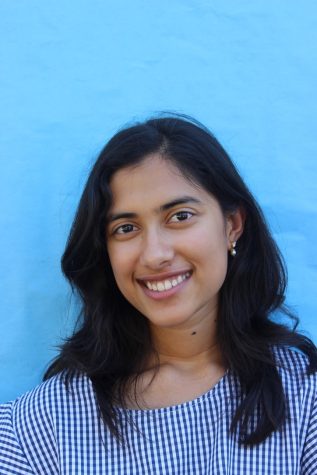 Sraavya joined the Tribune because her friend told her that it was "pretty chill." It's not, but she loves it anyway. This is her third year in the Tribune and she is still as impressed with everyone in the...

Megan joined the Wildcat Tribune because she wanted to find an outlet for her writing. She is in her fourth year working for the paper, and her third year in the class. She previously served as a copy editor...