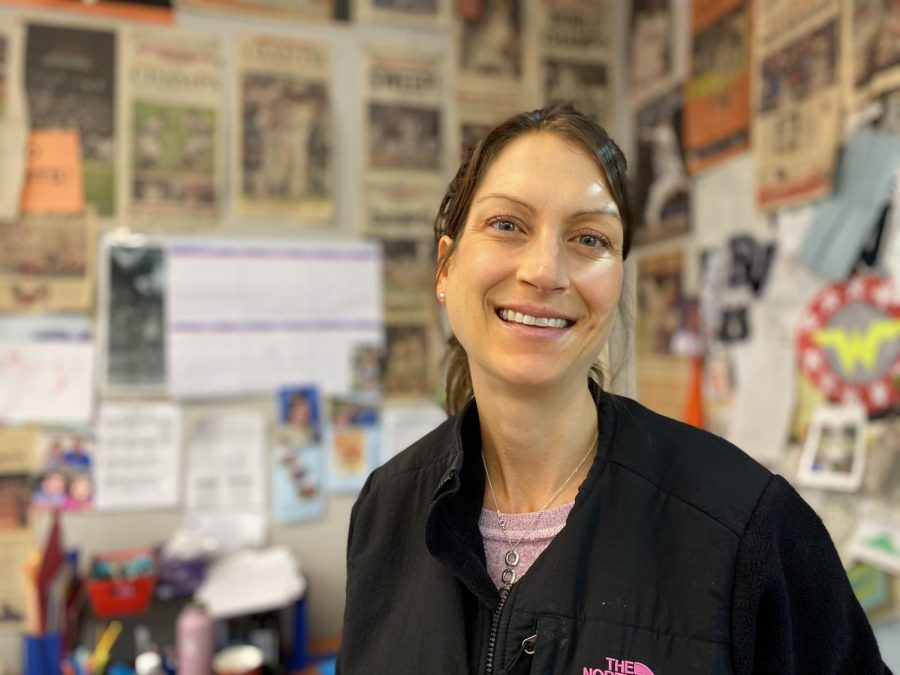 “Sports were something I always felt connected to.”

In high school, I played volleyball, basketball, softball, and golf, and then in college, I played volleyball. In high school, we won the state championship in basketball, in college we went up to the Final Four, and I was named the MVP of the west region; that was probably the pinnacle of my college career. The intensity of relationships in college is more because you spend more time together; you no longer live with your parents, you essentially live with your friends. They’re your roommates, your teammates, your friends, your confidants. After college, I started running a lot. I broke three hours in the New York Marathon, I coached several youth teams to qualify for the Junior Olympics, I coached [Dougherty teams] make playoffs and then win playoff games. I’m really proud of the relationships I form, the things I learned about working together and sacrifice, putting the team above you, the things I learned from my coaches and teammates. That’s the stuff I appreciate.”