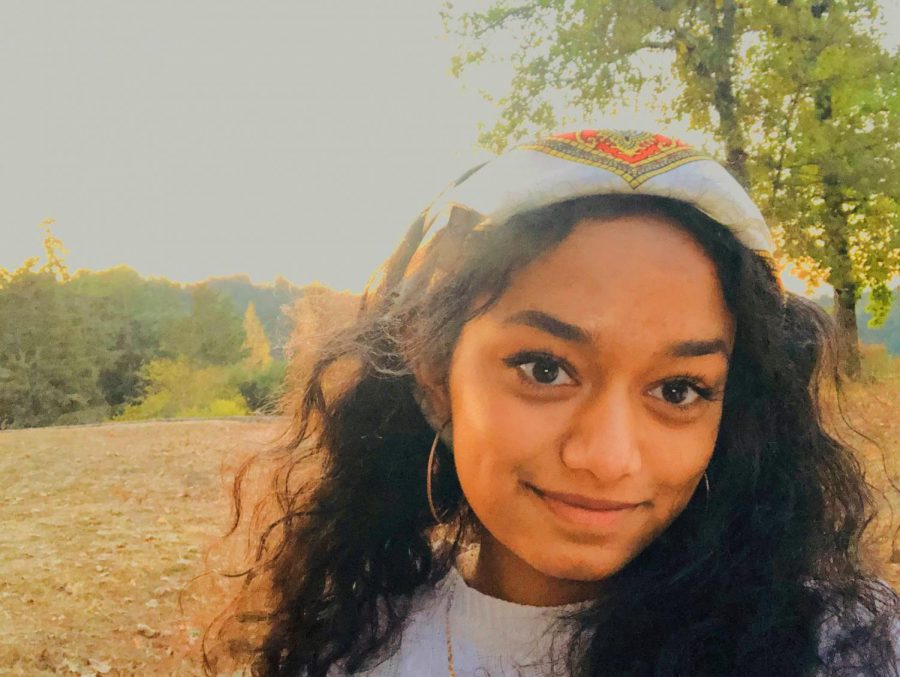 “Before I could talk, I could sing.”

Shruti Pai: “My parents told me that before I could talk, I could sing. They realized that I could make songs, not actual words, and I’ll actually remember them. When I first started singing, my mom was actually the one who made me take lessons. I was really shy and didn’t want to do it, but turns out I really liked it. When I was in fourth grade I joined choir, and I actually just joined it because it was just a lot easier to do than orchestra or band because everybody in fourth grade did either one of those. I’ve made regional and state level choirs this year, and I made the California State level that’s in February, so I’m practicing at home. But I think what I really enjoy about choir is just the family feeling. I feel really proud of myself after I sing a solo, but if sometimes I have off days like if I’m sick,  I just don’t feel as great; it’s the worst when I’m sick because then, I can’t sing as well on those days. I don’t think I’ve ever gone a day without singing; it just helps me feel happy and when I’m sad. It helps me express my emotions when times are tough. [In the future], I would love to be like a famous musician. In college, I want to do something with music, like a major or minor, or I want to be part of a club.”