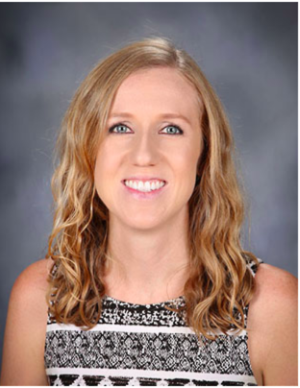 Mrs. Leah Ottey: “In high school [Spanish] was one of my favorite classes, and I always wanted to be a teacher. So then when I got to college, I thought, well I better learn how to speak Spanish. So, I majored in it and I studied abroad in Spain. One thing I did that really helped was that I did not live with Americans. So, I was able to live with people that did not speak English. I had one roommate named Vanessa and she was Argentinian. Another girl was [named] Siam and she was from Morocco. So the only common language we shared was Spanish, so that was fun. Obviously I went to class and studied and all of the normal stuff, but also going out and being forced to be immersed in the language, I was able to learn. This is my eighth year at Dougherty, and its the only place I’ve ever taught. [While teaching] I like going all the songs and doing all the cultural things and playing games with [my students.] Its always a good time too. [Being pregnant] is making it a little bit harder to be interactive, like I’m having to sit down more than I usually would. I like being up and getting to walk around while [my students] are talking.”