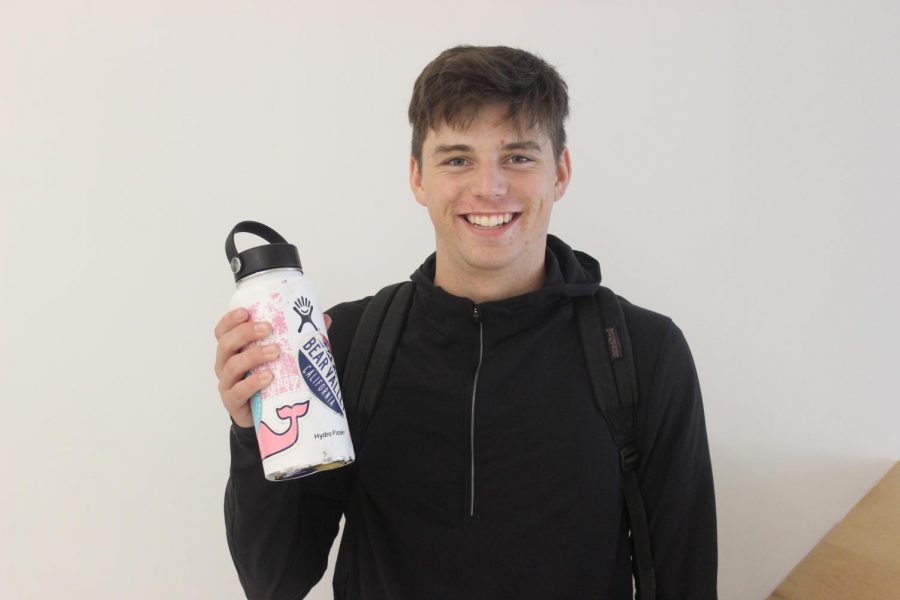 “Initially, I was actually against it. But then, like, I got a lot of dents, and I felt like the stickers kind of add character to the Hydro Flask. As I get more stickers from people that matter, I can put them on here.”

“The Sports Med one gives it a lot of character because it’s something I’m really passionate about. And that has developed within me since high school started.”

“The Effulgence one means a lot because of Steven, who used to go to Dougherty; I ordered his clothing and he gave me a sticker, and he has a super awesome brand.”

“10th grade AP Euro was a — it was a struggle. We have our stickers for, like, our group. A lot of us were struggling and stuff like that. It was meaningful … I don’t know, because it’s like, I’m so close to them now.

“[A sticker I would want] would be a Canon one or something to do with cameras, because I’ve been doing a lot of video stuff recently. And it’s had a big impact on me. I wanted to use that as more motivation.”