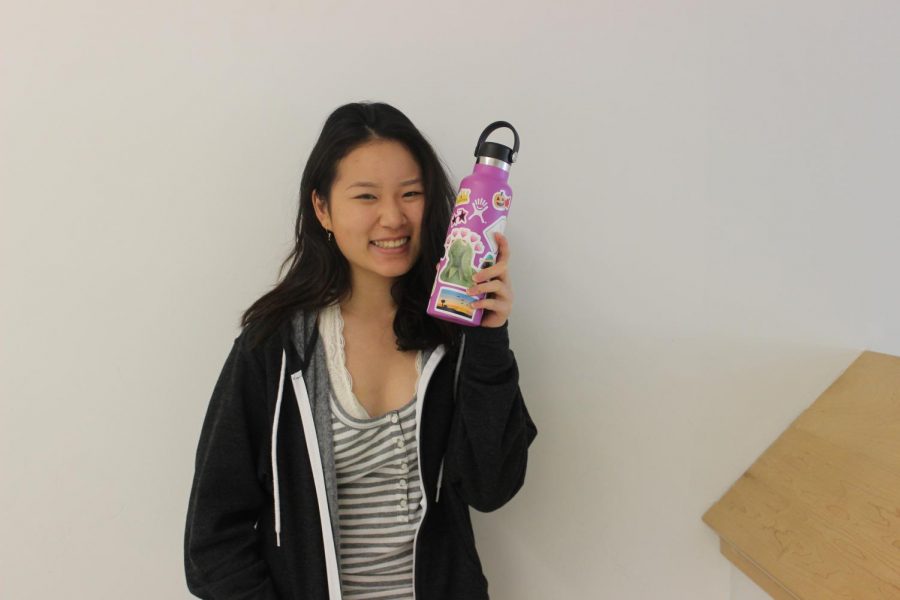 “This is so weird, but my Kermit the Frog sticker is the most personal to me. It’s actually funny — my brother told me in the past that, like, when I say thank you, I sound like Kermit the Frog. So it’s been an inside joke between my brother and I.”

“I would want another fencing sticker. Fencing has been a really big part of my life. And honestly, I just want something, like, funny on here. I think those always crack me up and, like, I think the best reaction I get is when people see the weirdest sticker on it, and it just starts like a really cool conversation. I was at camp, and I brought this Hydro Flask with me and I got so many comments on the Kermit sicker. And the Kris Jenner sticker … started a lot of great conversations.”