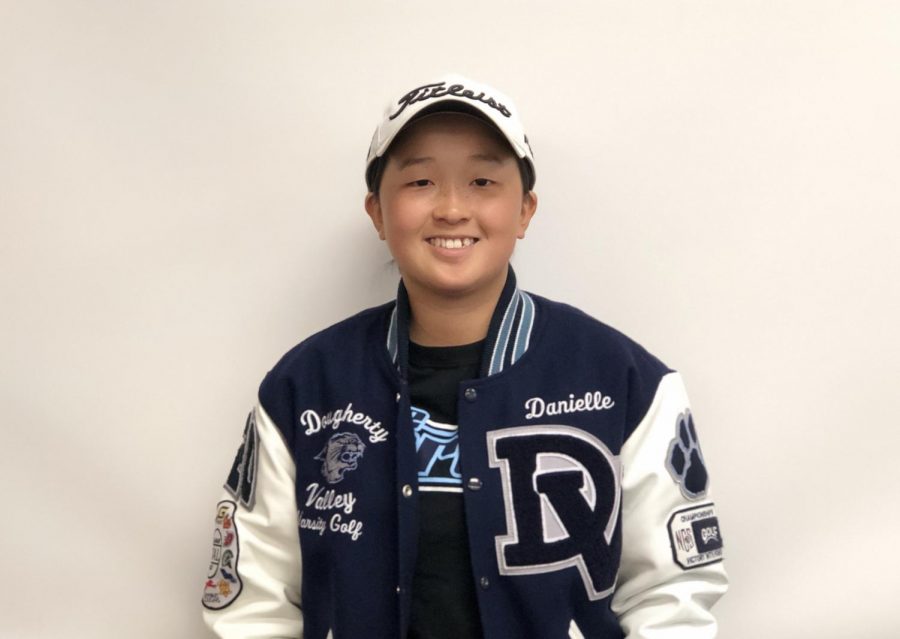 “Knowing that I can do what I do is a great motivator.”

“I started playing golf when I was 4 years old, so about 13 years. My dad took me out when I was really young to this place called Harding Park in San Francisco. My uncle is also a professional golfer … so I just got into the game like that. My dad … kept taking me out [to play] and I just loved it … My dad always took me to tournaments, just tried to do the best he could. He always put a little pressure on me, but I mean, that just made me a better player. [Recently,] on Sunday [March 17], I won the San Francisco City Women’s Championship; [I] played 72 holes in two days, which is four times the amount you’re not really supposed to do. I think it’s a good way for me, personally, to relieve some stress. I know whenever I’m … not having a good day, it’s a nice way to just get away from stuff, hit balls and have fun. I’m lucky enough to take it to college level. It was awesome [when I got an offer from San Jose State University]. Originally, I wasn’t looking at San Jose State. I was looking at other schools like UC Berkeley and UCLA … [so] I went to San Jose … [with] the lowest expectations like, ‘Oh, I’m not gonna really like the school,’ and then I ended up loving it. The coaching staff is great. My personal coach used to go there and her teammates are the coaches now, everyone knows them, they’re PGA pros, so it’s like the best that I could have possibly chosen. [Some of the struggles I’ve had to overcome were] probably confidence. I know when I was younger, I always was and I still am, very small. I’ve always had to overcome … a distance barrier. But as I’ve gotten older and stronger, it kind of just settles in. In a sense, just growing up and gaining confidence — knowing that I can do what I can do — is a great motivator.”