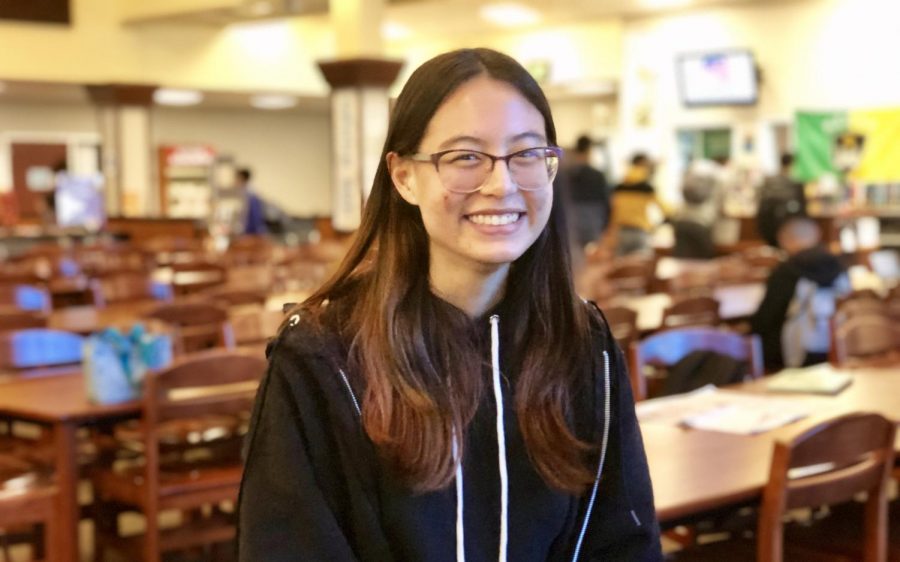 “It really depends on if you try.”

“It was somewhere around elementary [school when I started track] … [Initially], I was [kind of] a brat. You know how you see the ‘cool girls’ that are not running or doing anything? … Basically, I was one of them … [My friend and I] were always walking around the track. We refused to run on PE days, and I always threw a tantrum. Then one day, I was actually going to be suspended for not being able to show that I can run a lap, so then a ran a lap and realized, ‘I beat all the guys! Yeah! Running is great!’ And the teacher was like, ‘Wow, you’re really fast! You beat the fastest kid!’ Then I became a runner because I liked [the satisfaction of] beating people. [When I train], before I go to school, I would usually have to wake up around five, and I had to run at least a lap … and then I would go home and change. Then when I got home [from school], I’ve got to run two laps. And then, sometimes I take breaks and then i do my homework … then we go to the tracks where we do a mixture of uphills and stuff. So it’s kind of like a mixture of cross-country when you’re training, but in track you run short distances … Basically I was just running and my coach said, ‘Here are three people I would like to nominate.’ The coach decided that [I was] the best female … It feels good when you beat your opponent and then everyone cheers you on … if I bring the team on, I feel like I did my part … and I feel like a good captain. I feel like I did something good and helpful. [As a person,] I’m pretty sure [track] helped me a lot because before, when I was little, I couldn’t really talk in big groups. I talked to my mom with notecards, so I could not talk in public. So when I tried [because of track], it helped me open up and talk in groups … It’s helped me be social … [I would tell my younger self to] just run and don’t feel discriminated if you think the guys are faster than you, because really, that’s not true … It’s a typical stereotype that’s really aggravating that guys are faster than girls. It really depends on if you try. [For me,] running is alone time that lets my brain unspool the tangles that builds up over my days.”