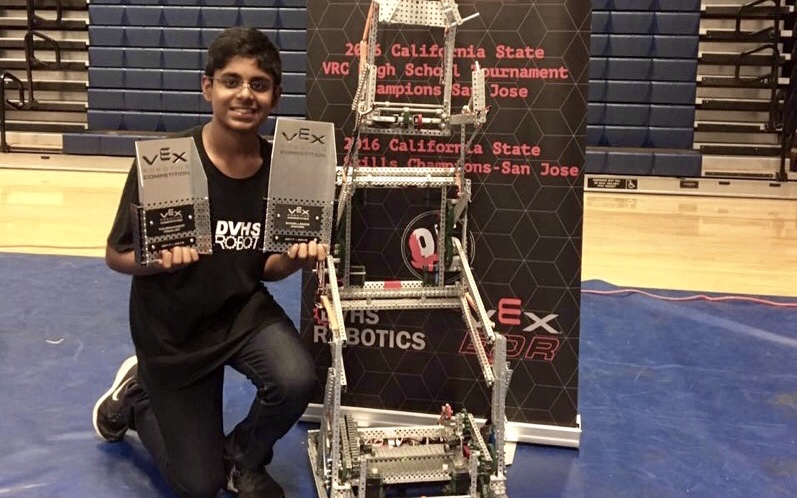 “I love the dedication and the fun I have while competing.”

“This is my fourth year doing robotics. I got into it because it looked more interesting than any other clubs, and now I am one of the lead builders on my team. I also help guide and mentor some of the younger members of the team. Our last competition was a signature event where teams from all around the country, like Florida and Texas, the best teams in the world, came to compete, and we placed pretty decently. To get to Worlds, we have to get to finals at states, which is in two or three weeks, so we have to be better than 90 percent of the competition. Sometimes we run into struggles because the parts are not as powerful as you’d like, such as how much power the motor can output. So we have to build, design and figure out how to get around these problems. I like robotics because it’s perfecting something you’ve built over countless hours; I love the dedication and the fun I have while competing.”