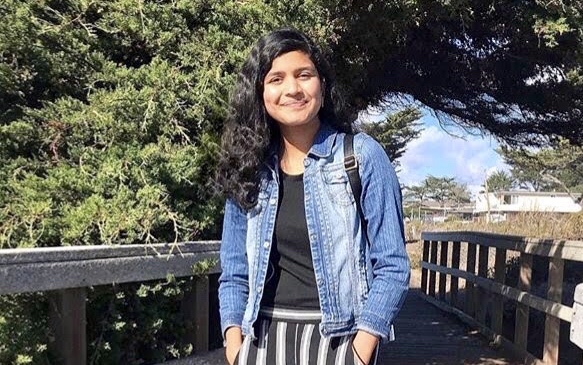 “My family is full of strong women and they inspire me to be better.”

“What I like about coding is that it allows you to see everything through a very simple point of view. It’s basically like trying to teach a first grader how to do something; you have to tell [the code] every single instruction and make sure that it’s understandable. Also, a lot of the things you do in the modern world can be implemented through coding … Oftentimes, I go into hackathons and coding places, and I realize that out of the percentage of people there, only 2 percent to 10 percent are female, but I’ve never felt discouraged because of that. I feel like it makes me stronger because it drives me to be better and to prove to people that, yes, girls can code and we’re just as good as anyone else. Being a woman in STEM just proves that nothing is impossible … Years ago STEM was an entirely male-dominated industry; it’s shifting now. I want to continue that growth by being able to show the world just what I can do.”