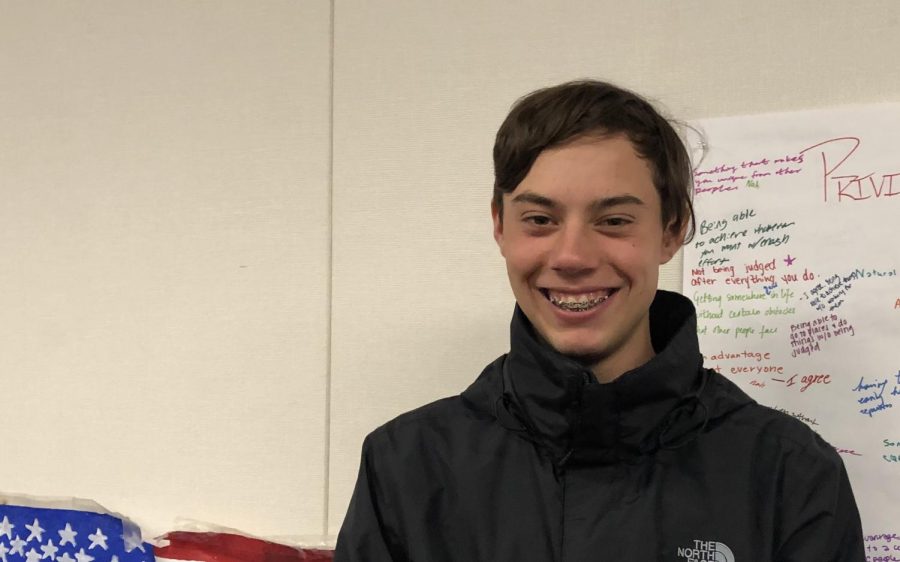 “Getting to choose my own ‘clown shoes’ … I felt amazing.”

“I was going to do water polo with my friends but then I learned that it’s a varsity sport, and I had no experience. So on the day of tryouts, I just decided to skip it. The next day my dad was disappointed so he told me to try out for another sport. I tried out for cross-country but I don’t think the coach was expecting anything from me at first. But then I made the team on the first day, and from there I just kept building on myself and getting better and better. I know most people struggle at sports, but in cross-country it’s more of a mental thing; you just have to push through. At the beginning of the season I started training with my friends and now they’ve all become like brothers to me. The first three races I did were two-mile races, and then the rest of them were three miles but they’re all different courses. At Monte Vista Invitational, I got second for freshmen. Then at Moreau Mariner Invite, I got first place for JV.  I also went to state, and that was just a whole other experience — I got to hang out with upperclassmen and I just really enjoyed it overall. Plus, my dad helped me — he runs often and runs 50-kilometer marathons. As a kid, I would look at his thick-soled shoes and call them clown shoes, and I always wanted a pair of my own. So once I was good enough, getting to choose my own ‘clown shoes’ for cross-country, felt amazing.”