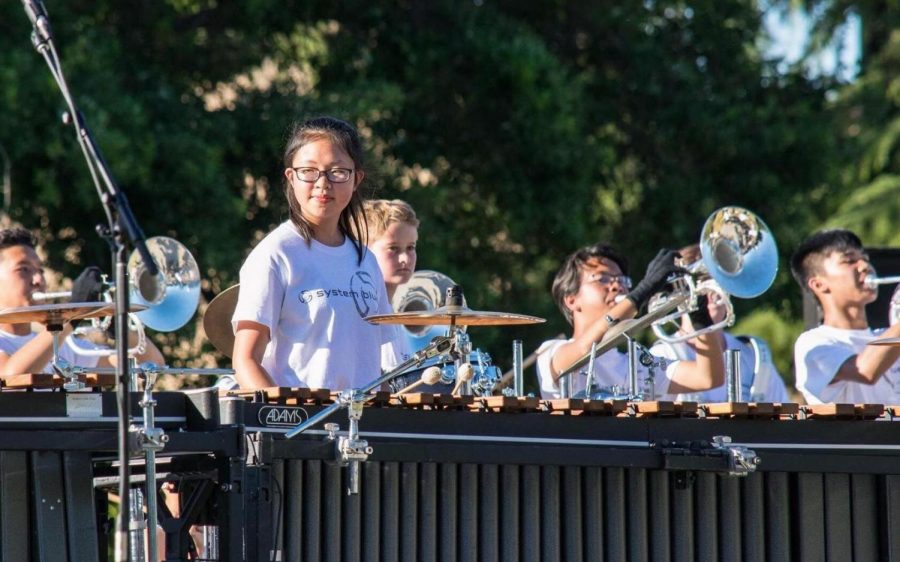 “It’s been a process of always pushing myself to be better.”

“I’m in a drum corps group called the Blue Devils and I’m also in a group called Tri-City Percussion. I’ve always just been really passionate about music and I also really wanted to march, but there isn’t something available at Dougherty to do that, so I found an opportunity outside [of school] and I’ve been doing it ever since. It shows me a lot about the world because going to Dougherty, it’s easy to get sucked into this bubble of not knowing what’s going on around us, so being in music has just shown me a lot about the world. This summer, we’re going to travel around California, and for Tri-City, we’re going to the championships in Dayton, Ohio, in April. In the beginning, I knew I already started at a disadvantage because I started later than some other people. So it’s been a process of seeing ‘how good can I get,’ always pushing myself to be better.”