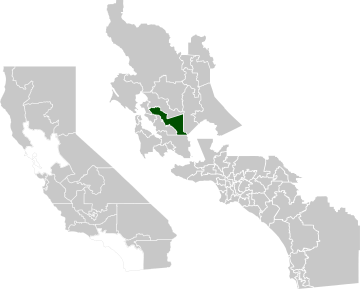 Catharine Baker is a Republican representing the 16th Assembly district of California. Baker is running for re-election, having served her first term representing bipartisan views. Her campaign slogan reflects her ideals on breaking traditional party lines: “Real Results, Not Partisanship.” In her last term as assemblywoman, Baker passed legislation to prevent child abuse in schools (AB 1058) and has made initiatives to make education “accessible and affordable for California residents.”

Running as the democratic candidate for California’s 16th district Assembly is Rebecca Bauer-Kahan, an accomplished environmental law attorney and Bay Area native. She has been actively involved in trying to improve the community as the leader of numerous non-profit organizations and groups. Bauer-Kahan served on numerous services and committees across the Bay Area for attorneys in need of her help. Her main goal is to ensure the betterment of education and transportation in the Bay Area. Bauer-Kahan believes that she has a long record of solving tough communal problems, with factors such as educational programs.

“As an accomplished attorney, mother and community advocate, I am running for Assembly to help solve our community’s most pressing challenges. I have a long record of taking action to solve tough problems, protecting the environment, improving our schools and more,” Bauer-Kahan says.