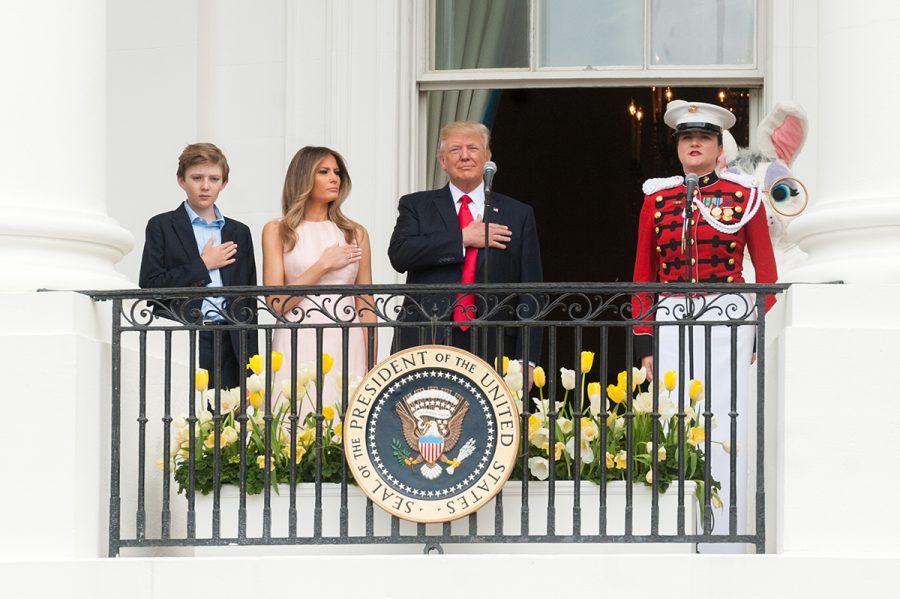 President Donald Trump, First Lady Melania Trump, and their son, Barron Trump, have their hand over their heart while “The President’s Own” U.S. Marine Band performs the National Anthem, Monday, April 17, 2017, kicking off the 139th Easter Egg Roll at the White House. (Official White House Photo by Joyce N. Boghosian)

“I think it’s so sad how some children in America do not even have a birthday cake. I think every child should have the chance to blow out candles on their special day, which is why I am starting a new nonprofit: ‘Let Them Eat Cake.’”

— Barron Trump, on his duties as the First Child of the United States