A Q&A with a conservative teacher

Person A, an anonymous teacher at Dougherty Valley High School and a moderate conservative, attempts to shed some light on their experiences as a political conservative.

Q: What are your reasons for choosing to be a conservative?

A: I believe in a smaller role of the federal government and I think the individual states should hold a lot more power. People need to have more freedom to do what they want to do, so I don’t like the trend we’ve had of an increasingly powerful government in the past several years.

Q: Can you break down the stereotypes people have of conservatives?

A: I can’t speak for every person, but I definitely think that [the stereotypes] surrounding conservatives are absolutely ridiculous. Every conservative I personally know is the opposite of a racist. If anything, [being a conservative] is about treating people equally, not showing bias and restoring dignity and freedom to individuals. And being a product of a time period [in Los Angeles] when there was a period of racial unrest, racism is an issue that I grew up with and it’s an issue that’s very sensitive to me and has been a part of my life. So I know for a fact that what I support is the opposite of that.

Q: Does President Donald Trump accurately represent all your views as a conservative?

A: Yes, he actually does. Mostly, at least. Nobody’s perfect. I definitely think that all his efforts to redo the health care system are really important. I have a background in health care so it’s something I’m pretty passionate about and an issue I really understand. And I just think that the whole previous system was set up for failure. I have had numerous personal experiences with family members and people I know and it was just horrendous what happened to them. They ended up having to pay more for their insurance, they lost the insurance that they liked, etc. It was ridiculous so I really strongly support the actions to change the current system.

I also think that the whole thing about trying to build domestic jobs is also really important. I have young adult children and it’s been rough, economically, for them. They’re all college graduates and it’s been really difficult for them to make a living and find good jobs. And so I think that’s a reflection of where we’re at in our economy: it’s really not as good as it should be. When I was their age it was not this difficult to be a college graduate and support yourself financially. So the economic change is really needed.

The whole social part is probably the part that’s the most sensitive. The issues surrounding immigration is kind of a gray area, but I do think it’s a problem that we aren’t enforcing our own [immigration] laws. I agree with Trump’s stance on deporting illegal immigrants who are here causing problems (i.e. criminals). And I don’t understand why we’re putting up with that. But for those that aren’t causing problems, I think that we should just let them be.

But overall, I do think Trump is more compassionate and reasonable than the mainstream media makes him appear.

Q: Do you feel safe expressing your political views?

A: Because this is a very liberal area, it’s almost assumed that you have the same views as everyone else. I wouldn’t say I feel unsafe but definitely outnumbered or generalized. I don’t feel that discussing my political views is appropriate in school, but I do discuss it with some other teachers. I’m not a political activist but if it comes up then I’m definitely not hesitant.

A big concern for me is how partisan the media has become and that people are being misled because it’s easy to slant facts or to outright lie. And that concerns me, for our country. Because if you have a media that’s biased [towards conservatives], then you’re kind of at a disadvantage. I grew up in the 70s and 60s, during the whole move to challenge authority and challenge the status quo, and the foundation of doing that is having good information. Because if you don’t, then how can you make informed decisions?

At least from my perspective, being a conservative means you support restoring the freedom to individuals to make their own choices with good facts. 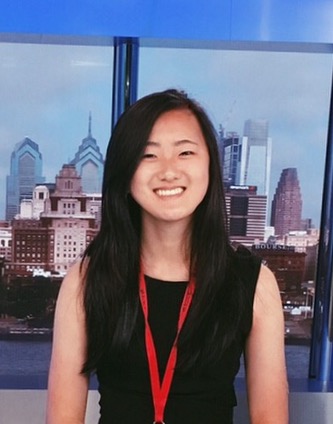