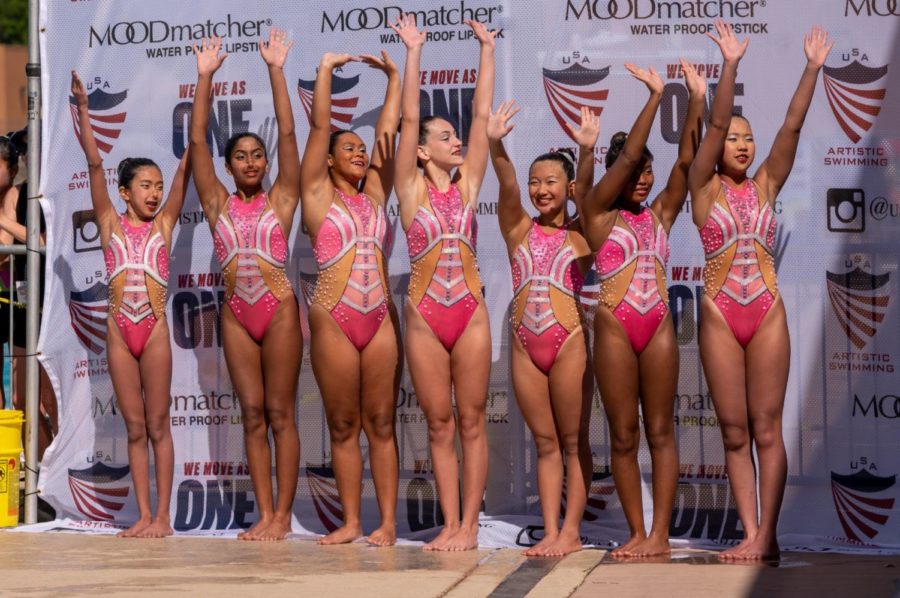 Emma Wen: “I’m not gonna lie – I initially started synchronized swimming because my mom recommended it to me and I didn’t initially know what it was supposed to be. I’ve never heard of it before. And so I went to a tryout day, and I actually really liked it. I started synchronized swimming in sixth grade, so this is my fourth year, and next month I’ll be competing in US Nationals.

​​So usually we get there. We have yoga mats to go stretch and do some planned exercises. Afterward, we get in the water and we do a lot of swimming, as a warm-up. And then we do our routine, but we also have to do technical elements for our figures. And we kind of split up the time between those two. It’s mainly just like swimming but with elements of dance or ballet.

The hardest part is definitely the breath-holding and the endurance. Even if you’re in the middle of a choreography and your muscles are dying, you learn to smile through it and show the judges you’re having a lot of fun. You learn to push through and keep going for your team.

I think the one thing that really makes me stay [in the sport] is the environment. It’s like everybody, on a team of eight people, since you’re together the entire year, grows really close together. It’s really tiring, but it’s really fun, especially with your friends. I started synchronized swimming with my sister, and we used to be on the same team. We were known as the Wen sisters and people always mixed us up. I feel like the sport is very intense – though the same might be said for every sport – because I think it’s a really big team sport. Everybody wants to be better, but not because they want to be better than everyone else. It’s because they want to bring the team up. Everyone encourages other people to work hard and become better together.”