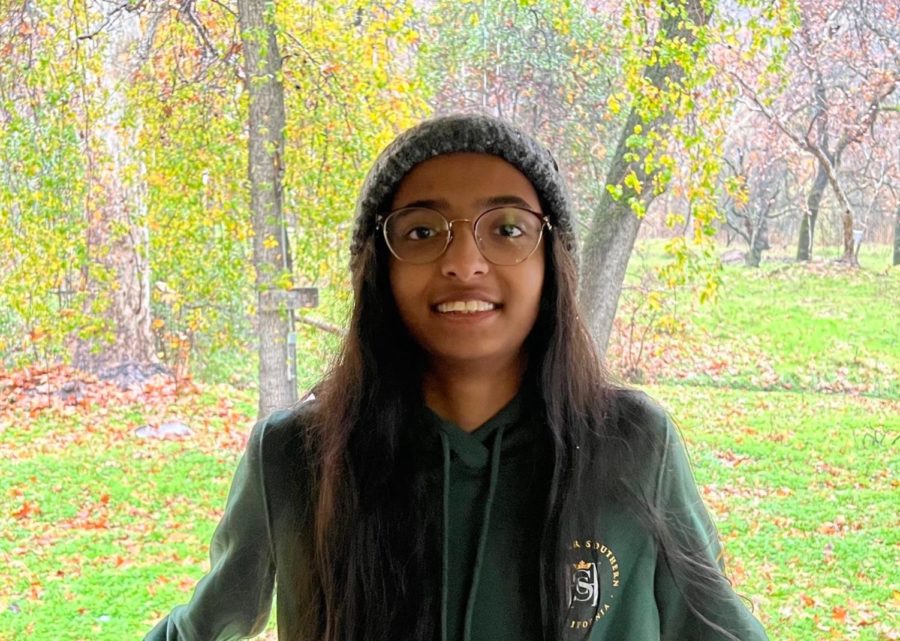 Aparajita finds coding and science captivating as it allows her to think outside the box.

Aparajita Gupta: There are so many things you can do with coding: apps, websites, games, and more. I once coded an iteration of the Angry Birds game using Javascript, which I would consider to be one of my favorite projects. I used to play Angry Birds a lot and with coding, you get to see what happens behind the scenes. So when I started, it made me realize that making these games isn’t as easy as how it looks. It’s not just a slingshot, you have to keep in mind the dimensions of the bird, the obstacle, the angle, and so much more. It involves a lot of math, and I used a framework called matter.js to create an environment that is based on actual physics principles. I’ve realized that physics is really interesting after working on this project, as well as taking physics in school. I’m also working on organizing a hackathon, which is an event where people have a certain amount of time to code and create something that will solve a real-life problem. There’s so much work that goes into a hackathon because you have to delegate tasks properly between members of the team to find sponsors, prizes, and whatnot. It can be very hard to sometimes communicate effectively between members as well. But despite all these difficulties, we’ve been able to pick up the pace, and the whole process has been very rewarding.