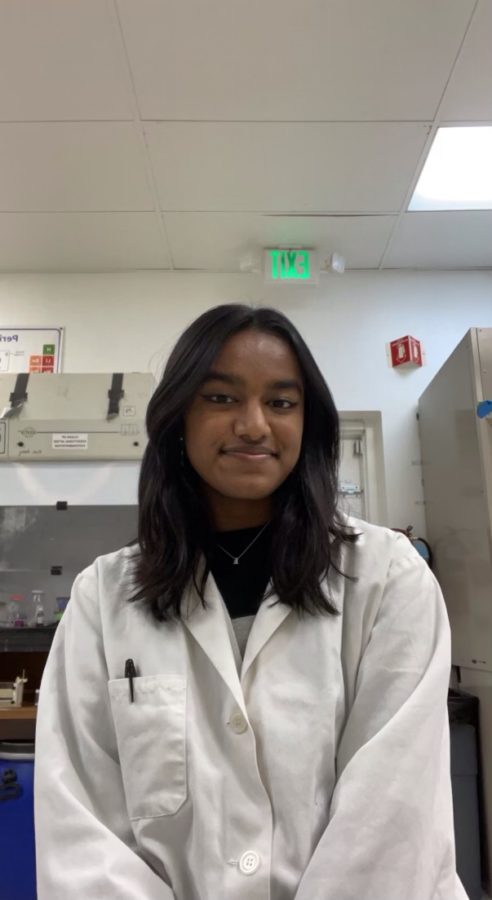 Krithi finds an interest in academia and science.

“One unique thing about conducting research in academia is that there is no prize to be won because researchers are people studying what they love: science.”

Krithi Premnath: “So I think I’ve had a love for, I guess, sounds cliche, but just learning overall, ever since I was a kid. So I’d be interested in a lot of things from I don’t know, Greek mythology all the way to science. Back when I used to live in New Jersey, there was this organization called the North-South Foundation, that held a bunch of spelling and science bees, they even had like geography, that sort of thing. You pay to take the test [for competition] and then all that money would get donated to developing schools in India that needed funding. Through that experience, I found that I actually started winning a lot of science bees and I found that I had a knack for this subject.

Over high school, I got deeper into science. I started off doing research the summer of my freshman year. I did environmental microbiology research, digging in soils across Contra Costa County to look for the presence of Midas fungus. I joined this first group because I wanted to challenge myself and explore different fields of science that I hadn’t really explored beforehand.

[First semester of sophomore year] I started to throw myself into the deep end and I joined a synthetic organic chemistry research group, which was definitely a very steep learning curve. I started off [working with] my advisor, who’s currently a Ph.D. candidate at Stanford University. Over the past two and a half years that I’ve been working in his group, I’ve focused on a variety of projects, but my main consistent one has been on this obsessive novel small molecule anti-cancer therapeutics.

One unique thing about conducting research, especially research in academia, is that there’s no real competition, there’s no prize to be won. It’s honestly just people doing research because they truly love science, and would love to see how science develops in the future. It’s something that’s unique in the sense that there’s no ulterior motive. Because of that, it makes it easier to form connections with other researchers.

So through [my experiences], I think that it’s one thing to go into the lab and sit there and run reactions and purify products. But another thing I’ve definitely gained is a huge community of people, friends, co-researchers, and advisors. We have this community of people, mostly made of high school kids my age, who not only share the same infatuation with doing this type of research but also have a similar understanding of the complexity.

For example, we recently presented our work at the American Chemical Society Conference, where we had to squirm our way into the undergraduate division, even though we weren’t undergraduates just to showcase our work. It was pretty impressive considering the fact that we were presenting at the same conferences, as Ph.D. researchers from Yale, Harvard, Princeton. I think that this experience is definitely a prime example of what having a collaborative community will do.