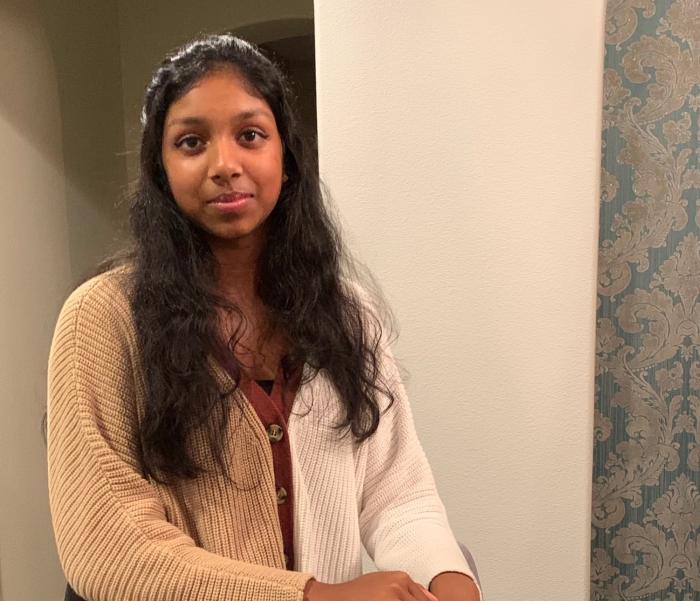 Avantika Pandiyan:  “I started playing tennis when I was really small because my grandpa got me a tennis racket when I was literally one years old. So then starting when I became about like two or three my dad [and] my mom would take me to the tennis court outside of our apartment and we would just practice. Eventually [it]  became more serious and I started playing tournaments when I was like nine years old. I didn’t really decide to my parents. My dad just said you have to play tennis. And then I was good. So it was like, “Yeah, now you have to.” There were even times that I remember when I was like seven and I would be [angry] like it’s my life. I wasn’t going to go play and [my dad] would literally force me. But I enjoy it a lot now. It’s my favorite passion, favorite hobby, [and] one of the most important things in my life. It is a big aspect of my life and it makes me happy to play and compete and be better than other people.

I’ve been on varsity all three years, and I’ve been improving consistently since freshman year. I want to play in college and I’d ideally like to go professional like play ATP (Association of Tennis Players). ATP is the tennis professional league. I’d love to do that. But right now I put a lot more emphasis on schools. So I haven’t been focusing on doing that. I think it’s just a nice part of my life and I’m very passionate about it. I think after the season’s over, I’ll really miss playing tennis for school. So it is really fun, even if it’s tiring and it’s time consuming. I like it a lot. And the bonds that you have with the girls on a tennis team are really nice. I’m still friends with the little freshmen that I met this year, you know.”