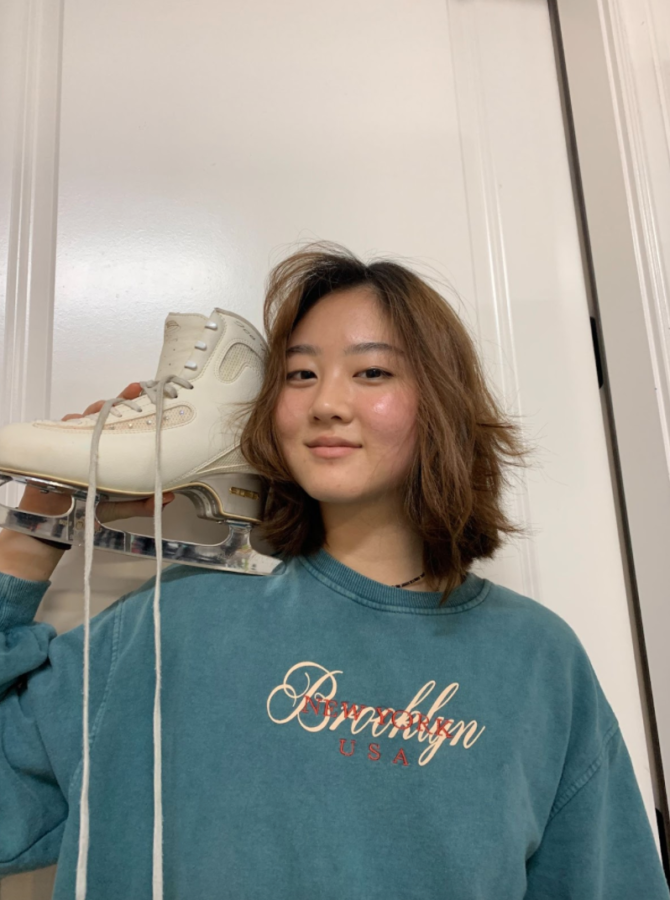 Kalen Kang: “Ice skating has been an integral part of my life, I  started when I was seven and I’ve done it for eight years. Though I now do it as a hobby, for the majority of those years I skated competitively, competing at both local and regional levels. I had five coaches: my jump coach, spin coach, harness training coach, choreography coach and my moves in the field coach.The dedication I had for the sport was unmatched, I used to wake up at 5 AM every day of the week, depending on if I had competitions or not. Typically, I’d skate until school started, and then sometimes I’d go back to the rink after school to practice more. Sometimes ice skating is referenced as an art form rather than a sport, but in my opinion it’s both. Though beautiful, the amount of athleticism required is insanely high, it’s very physically demanding. Unfortunately, at the near peak of my skating career, I got a concussion, which was extremely difficult for me to go through because of the physical stress and amount of time it took for me to recover. By the time I had fully healed, I had missed out on the competitive age for skating, so I decided to transfer my passion into a hobby instead. Even though I don’t skate as often anymore, I’d say that out of all the experiences in my life, it has probably been one of the most impactful. I learned the importance of grit and discipline, and thanks to my harsh coaches, I learned the importance of constructive criticism and taking that criticism with an open mind rather than feeling disappointed.”