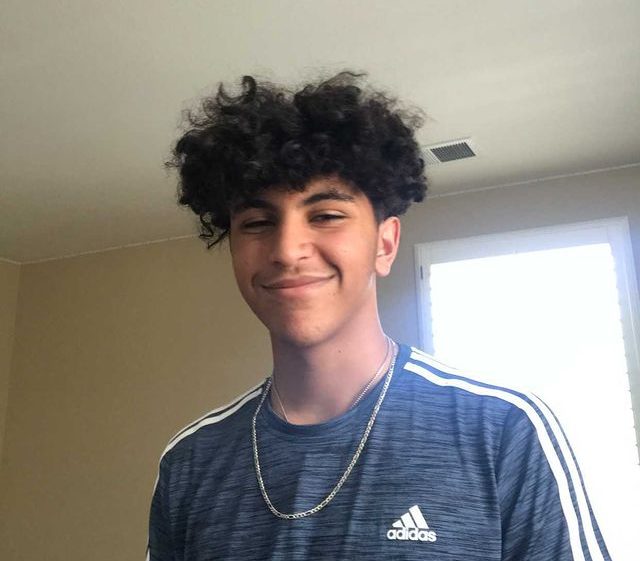 “The truth of what is happening in Palestine has spread more in the last few weeks than it has in the past 73 years, and it’s about time.”

Omar Slayyeh: “Israel has been occupying Palestinian land since 1948 and violently expelling and killing innocent Palestinian people. This is not a war, or a clash, or a conflict, this is a genocide on the Palestinian people that is finally getting the recognition it deserves. Since 1948, the world has been completely silent about anything regarding the Middle East and especially Palestine.

There are lousy opposing arguments of this topic trying to justify Israel’s illegal evictions and its unjust and unpunished killings. The argument is that Israelis have been “given” the holy land of Palestine from God. They try to justify their killings as “self-defense” when they, themselves, are the oppressors. Only the oppressed can defend themselves. Palestinians, being the oppressed, have a right to self-defense. Israel targets and bombs houses, schools, hospitals, offices, and media outlets, all in an attempt to silence the people of Palestine, but it is our duty as humans, to stand up and speak out when we see injustices, as we see in Palestine.

There are a couple of misconceptions about this topic, one of them is that, as I said earlier, Israel is the victim, that Israel is only defending itself, when in reality Israel has been killing Palestinians for decades, demolishing and bombing homes, and bringing terror into every Palestinian’s life. Another misconception is that if you are against Israel, you are anti-semitic, which is not true. Anti-genocide is not the same as anti-semitic. We are rising up against a terrorist state, not against Jews. One final misconception is that Israel came on land that was owned by no one, that it was a land where no one lived, which is not true. Muslims, Christians, and Jews all lived in peace before Israel started this reign of terror.

I have personal experiences with this issue. My grandfather and grandmother got kicked out of their land in Palestine, and they had to move to Amaan, Jordan in order to raise their family. My dad had to grow up in a refugee camp because of this. I have also been to Palestine. In Jerusalem, every corner you turn, you see an Israeli officer with an automatic rifle, you see the checkpoints where there are people getting held back because they are Palestinian, only trying to go to work, get back home, or go through their everyday lives.

I think that the only reasonable and viable solution to this is to give Palestinians their land back, to have Israelis stop the genocide and stop destroying Palestinian land. To cease-fire and never drop another bomb, never shoot another gun, never harass another human being, and to stop playing the victim when they are the cause of so much pain, loss, and destruction.

If I could spread the message to others, I would tell people to do in-depth research, to look at the roots of this humanitarian crisis, and not to rely on biased mainstream media. If you want to see what’s really going, there are two great pages on Instagram: @eye.on.palestine and @paliroots, which give you raw, on-ground coverage. There is also a 24-minute movie on Netflix that shows what it is like to live as a Palestinian in Palestine. It is called, “The Present”. I encourage people to put themselves in the shoes of others and think about what it would be like to be violently removed from your home.

Spreading the word on social media is the best thing that people can do as of now. Donations do help and do donate, but this is only a temporary fix. Sharing the word won’t cause the situation to fix overnight but it does help and has caused many countries and world leaders to step up and fight with Palestine.”