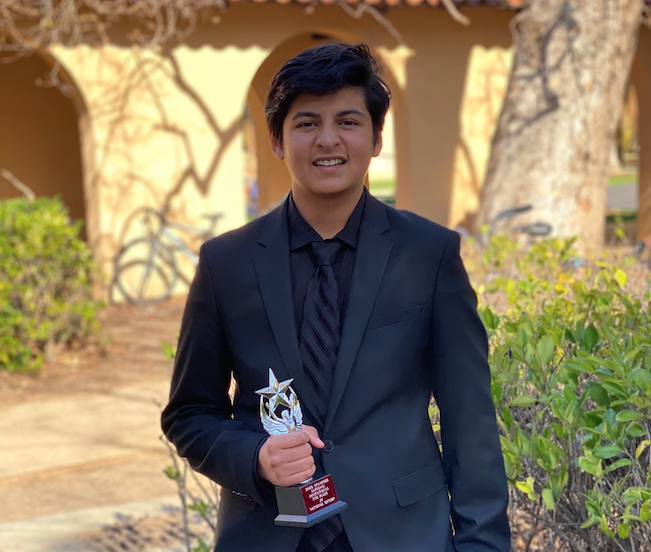 “Speech and Debate influences my being.”

Lakshya Chaudhry: “I started speech and debate pretty early, when I was in second and third grade I started going to debate camps. I started prep and learning from there, but in middle school that’s when I really started to get into the gist of it, you know competition. Dougherty Valley Bridge was sort of my portal into all competitions, but now I do it independently. I even managed to place top 10 in the nation for speech last year. But as you know motivation is a little hard now especially, but I keep doing it because it’s fun, something interesting. Honestly speaking, COVID has made things a lot easier for me, I don’t have to travel now. I was looking forward to a trip to Stanford. But I like the idea that I can easily hop off my bed to join meeting events. It’s still interesting though, in a way you get to learn about the entire world. When I think about it, I would be so different if I wasn’t doing speech and debate. When you’ve been doing something like this for so long, I guess it’s sort of automatically a part of you. It influences the way you act and speak or do anything really. I don’t stick to one type of debate or speech, I do Lincoln-Douglas in debate, and I do extemporaneous, and original oratory in speech. But I placed for extemporaneous, so that is my main focus at the moment. I want to continue all the others so I can improve and excel I guess.”