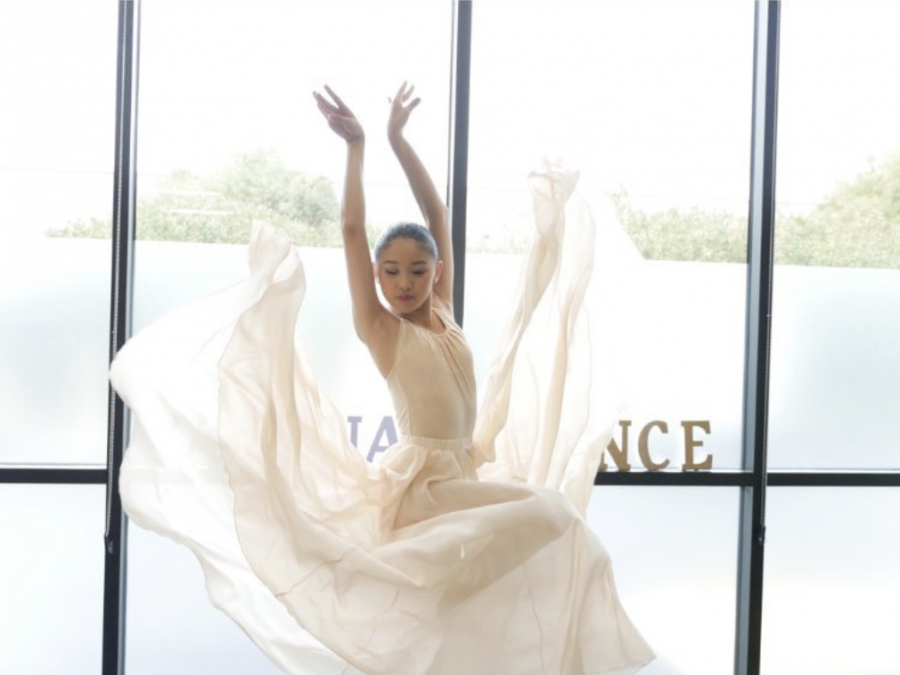 “I feel like I can express myself through dance.”

Jodie Cai: “When I started dance classes in kindergarten, I absolutely hated it. I would cry every single time I had to go to dance, and I would refuse to go on the bus. The bus driver even had to bribe me with candy! So I quit, and I didn’t start again until my family and I moved to San Ramon in fourth grade. Between kindergarten and fourth grade, I would dance by myself at home to any song on the radio or television. I guess I had this huge passion for dance, but I just didn’t know it yet. When I entered my first dance class in fourth grade, I was shocked because it was vastly different from what I remembered from kindergarten. I couldn’t help but fall in love with the art form. At the time though, I was pretty bad and was a lot worse than I am now. I’m still not great, but I’m at least a lot better than how I was before. In the five years after I restarted dancing, there’s been so much improvement because I loved it so much and worked so hard. I was willing to attend classes about three to four times per week and dedicate eight hours to dance. And at home, I would make sure to do stretches for my splits and my back to maintain my flexibility. It did hurt because I’m not naturally flexible, but I had fun doing them.

As I got better, I gained a lot more opportunities to challenge myself. I was invited to dance for the Global Leadership Initiative, and recently I was invited to dance for the Poppy Jasper International Film Festival. I represented China Day because at my studio we do folkloric Chinese dance, ballet, and lyrical. For competitions, we do lyrical and folkloric dance, not much ballet due to the risk of injuries. In middle school, I started competing with solos, which helped me gain more confidence in my abilities. In the beginning, I was placing in the bottom half of the top 10, but I didn’t really care. Despite it being stressful and difficult, I thought it was fun and enjoyed dancing. Then, in seventh grade, I had this realization that I had to start pointing my feet more and perfecting my technique. After figuring out my mistakes, I was improving rapidly as I started placing first in competitions. As time passed, I’ve realized that dancing isn’t just an extracurricular activity for me, but rather something that’s a part of me.”