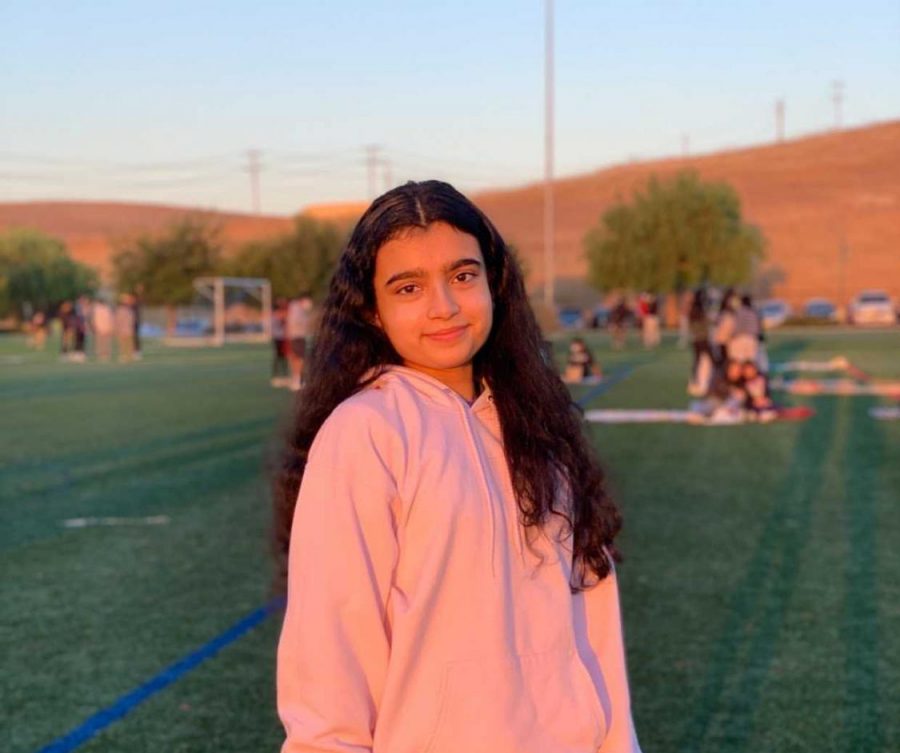 “I’ve always kind of wondered how computers work. And to this day, there are things that still completely mystify me.”

Anusha Pai: A little bit of background: [Superposition] started out as a hackathon for female and non-binary identifying individuals a couple of years ago…it’s been around for four years. Last year, I think it became known as the largest hackathon in the Bay Area for female and non-binary individuals. I was actually an ambassador for Superposition last year, and I want to study computer science- I want to be involved in the tech field in the future, so I decided to explore hackathons and I found Superposition. I thought that it was really cool, that it was for female and non-binary individuals, and I wanted to give it a try. Even though I still like learning how to code and stuff, I thought it would be fun to see what would what it was about. And then I saw that they had applications for ambassadors so then I became an ambassador and I recruited a few other people. It was a really nice experience just to be in that room because at DVHS, it’s not a bad thing, but I took AP Computer Science and then, even in my physics classes, I’ve noticed that [the classes are mostly made up of guys] and it might be just my classes… but it was just nice to be in an environment where so many people like me were interested in technology and other things. They were able to combine those things to create projects.

So then, the hackathon happened like [around] late February early March of last year. And then, in August, I believe they expanded, so the current director decided to expand it from a hackathon to [a full-fledged] organization, I guess. She started doing virtual webinars related to technology. She started a mentorship program and it’s partnered with Uber… Team applications [opened] in August and I really wanted to apply to be part of that team, because it would be really nice to be a part of a community and team; I had never done that before. We have people from all over the country and we have a couple of international people, which is really cool and it’s been nice to meet everyone. I applied as a mentorship coordinator. I help coordinate the mentorship program that’s partnered with Uber…[Eventually] the lead director announced the empowerment conference and this is the first event I think that Superposition has done that’s not completely tech-related; it’s for women in leadership, not just in STEM. I signed up to kind of help put it together. That’s how I found out about it.

I’ve always kind of wondered how computers work. And to this day, there are things that still completely mystify me because it’s sometimes hard to wrap your mind around. My parents introduced me to coding and computer science and I didn’t really want to [learn.] I didn’t know what I wanted to do as a career; I was kind of looking at my options… they just kind of suggested computer science and I was like “okay, why don’t I explore.” I liked it. It was a really cool field. It still is, and it has a lot of potential. Something that I like about it is that it’s not just its own thing, it can be applied in so many areas. [For instance,]  if hospitals need a database or something, you use computer science for that…so it’s very interdisciplinary and that’s what I like about it. So even if I study it like, I’m not just going to be studying computer science, I’m going to be learning about applications and other fields, which I liked.

If I could tell my freshman-sophomore self one thing, I would say “don’t be so scared, you know. Go out and try new activities, meet other people, it’ll be fun. It’ll be a good experience for you…” It was kind of a step forward, I guess, for me to apply for Superposition. Normally I would be like “I’m comfortable where I am, I don’t need to do anything more.” [However] it’s been really fun and it’s been a learning experience; I’ve learned a lot more than just leadership and STEM.