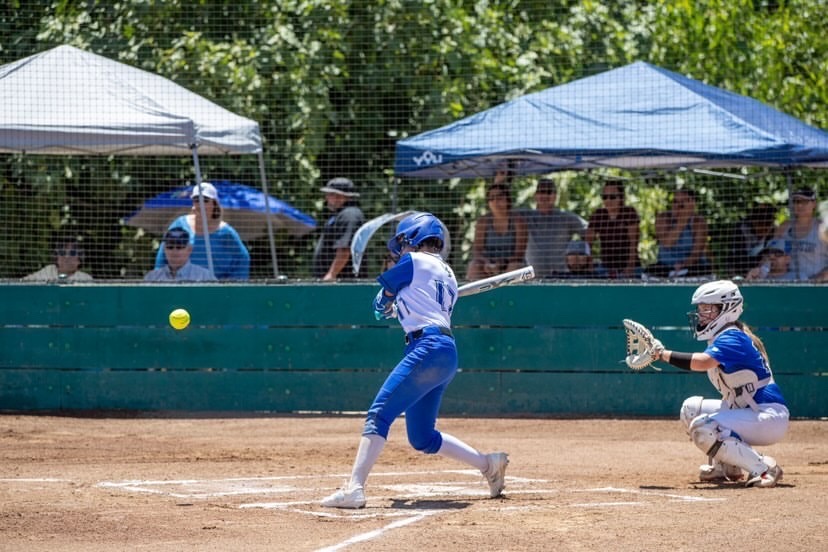 “My favorite part about playing softball is probably the teamwork: just the feeling of winning games together and cheering people on.”

Mylia Perez: “I first got into softball because my brother played baseball and my sister played softball, so I just looked up to them and was like, ‘Okay, maybe I should try it out.’ Now I’ve been playing softball since I was around eight years old.

I play centerfield, second base or shortstop. The team I’m currently on is Sorcerer for my coach Bill Schroll. There’s also a softball competition called Pitch, Hit, and Run that I won for my age group. It’s an MLB contest that’s held nationwide. Another accomplishment I’m proud of is that I’ve hit home runs past the fence. Communication is a key skill I’ve learned from softball, and I think determination and focus are important for getting better during games.

Because of COVID, a lot of tournaments were canceled last year. Now, they’re holding some tournaments, but there’s none in California, because it’s really bad here. Sometimes we’d have to go out of state. Last November or December, we went to Arizona, but you have to get tested, and then I wore my mask the whole time. That made it really different.

I’m pretty sure I want to play softball in college. But I’m not too sure which college I want to [go to], but somewhere in Southern California like UCLA would be really cool. Their softball team is so good. Right now, we’re doing some camps where there are college scouts that take a good look at us. There was a [recruitment] camp called OnDeck I went to back in November. Just recently, I got an invitation for the second round of [evaluations] for this coming June, in Huntington Beach.

My favorite part about playing softball is probably the teamwork: just the feeling of winning games together and cheering people on. In softball, there are certain cheers that get you really hyped up during games. And I also just like the feeling of making contact with the ball, as well as tracking balls down in the outfield and catching them. I feel like it’s really satisfying.”