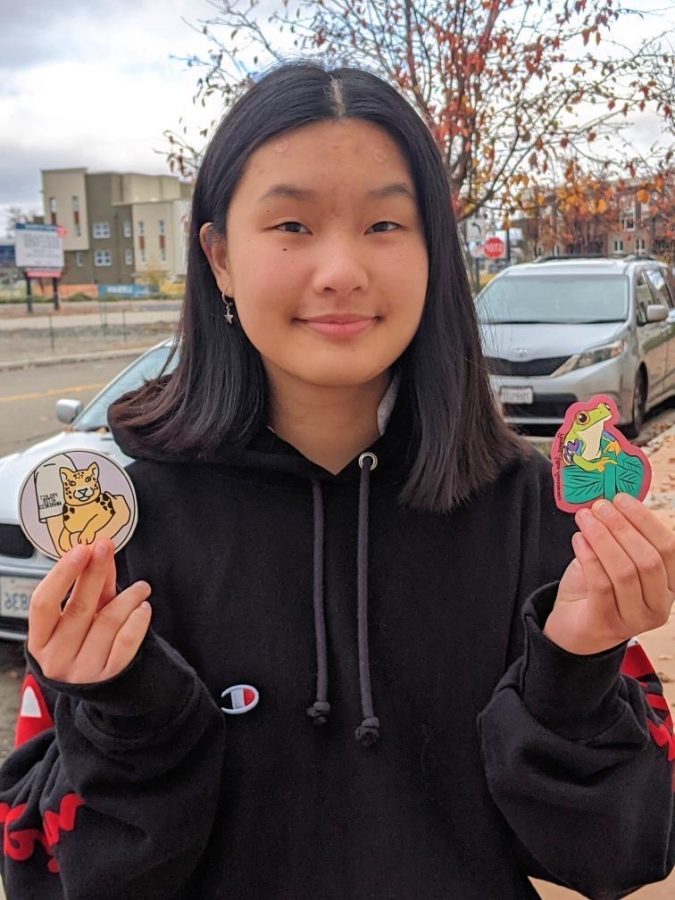 “I started this club to encourage youth and high school students to take initiative after understanding these issues.”

Sophia Fung: “I started Project After Awareness in the summer of 2019. So, [it’s been] around a year now. I decided to join because I noticed that many issues around the world usually gain a lot of awareness on social media, like for example like there’s a lot of Black Lives Matter reposts on Instagram or like in 2019, it was like the Amazon rainforest fires. It was already really inspiring to see that [teens] are taking initiative by reposting and starting the conversation about these issues. But I believe that there should be something more to be done because we didn’t want these issues to just become a social media trend that just got blown over after it no longer became a trend, and the conversation just stopped. So I started this club to encourage youth and high school students to take initiative after understanding these issues, and just continuing the discussion.

Our next project is focused on the Yemen humanitarian crisis. This is a really important issue because a while back this issue gained a lot of awareness on social media specifically, and then after a while, it just stopped. That’s why we decided to focus on this issue so much because not a lot of people continue to hear about it anymore.

In our club we have an Ambassador team and our officer team. And both of these teams decided to have a discussion on an issue that we really cared about the most. And so after listening to everyone’s perspectives, and the issues that they think aren’t getting enough attention, we decided to choose [the Yemen Humanitarian Crisis] because of the fact that it has so little like attention on it. Next year we are planning on starting a fundraising project; we’re going to start selling items such as clothing to promote this. The organization Save the Children is one of the largest Yemen aid organizations. So that’s what we’re planning on doing next year.

For this project specifically, because we’re in a pandemic because of COVID-19, you would think we wouldn’t have such a broad or such a big presence on social media and online, so we really wanted to focus on that. Using social media I think we were able to really advertise, and gain more exposure for our project.

Another project that we focused on in the past was the 2019 Amazon Rainforest fires. It was a really big deal during that time. And so we also hosted a fundraising project for that issue and it was our first project, and we were really happy for the fact that we just started our club and that fundraising project gained a lot of attention, and we were able to raise over $100 for that organization which was Amazon Watch.

During the beginning of the year when we first got accepted to be a Dougherty Valley club. We have a lot of goals and activities that we have planned for members so that they could have a more hands-on experience working on our projects. More specifically, for the Bay Area homelessness project, we wanted them to like help us with creating care packages for the homeless. But before COVID-19 we couldn’t do that. A positive side to all this is that in our club meetings we have had successful remote discussions about these issues, and it was really inspiring to hear about everyone’s perspectives on these issues.

My role is the president. And so I’m responsible for overseeing all the club members, ambassadors and the other officers. I really want to focus on creating a tightly knit community within us because of the fact that we’re so isolated these days. A way that I do that is that I’m hosting a lot of club meetings through Zoom, and planning all the logistics of our club projects, for example like the fundraising projects, how we’re going to fund all these projects.

The most unique thing about our club is the fact that we don’t really focus on one specific issue because we want to invite everyone’s opinion on the issues that they want to fight for. So, we invite the perspectives of our members and they explain the issues that they care about because not all of us are aware of all these other issues. Our club mainly just really focuses on and emphasizes the fact that we want to bring everyone’s opinion about these issues. And so we tackle them together, as opposed to just one specific issue.

A specific goal for the future would be just to gain a more stronger online presence, especially since we’re all isolated from each other now. It’s been hard to really communicate with some people so I think something that we really want to focus on is to find ways to continue to expand on social media, especially to promote our new projects, especially funding.”