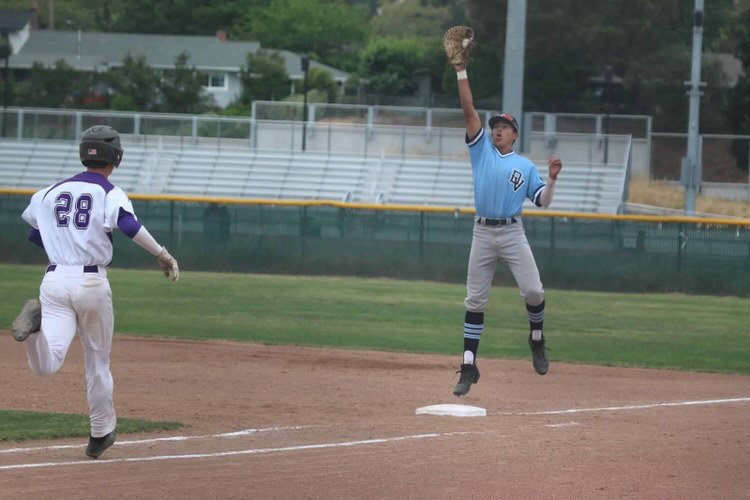 “Hard work pays off. I’m glad I finally achieved what I want to do.”

Tyler Durant: “I started playing [baseball] when I was four, so I’ve been playing for 13 years. When I was younger my parents just kind of threw me into a bunch of sports; I played different sports in elementary school, but I found that baseball is the one I love the most. My dad didn’t really play baseball growing up, but we’ve kind of gone through this whole process together. He’s been my coach and I have some really great coaches that I look up to as well.

Sophomore year we beat College Park one to nothing in the first round of NCS. And then back when I was 13, my team went to Arizona after we won our NorCal division so we got to go down for regionals. Over the summer, I actually tore the labrum in my right shoulder, which took me out for about two months. I did a lot of leg workouts to keep my legs in shape and some cardio, then I started easing my way back into hitting, and then back into lifting my upper body. Now I’m basically back to where I was before I got hurt. I usually lift five times a week for about two hours every day. Right now I’m in the off-season, so I hit off the tee maybe three times a week just to keep my swing good. But in season, we have practice every single day after school for about two hours.

My least favorite thing is also my favorite thing about baseball because baseball is a sport where failure is expected. It’s is a really good life lesson because you learn how to deal with failure and you grow as a person and a baseball player. When I got hurt, I really realized that I didn’t want to stop playing baseball. I was in Arizona, the second weekend of October. This is where George Fox [University’s] head coach saw me play. After that, we started talking, and I looked into the academics and school location, all of that, and talked to my parents then we set up a visit. I really like Oregon as a place; there’s so much nature, so many trees. The school is a small school; I kind of want a small school because it is even smaller than Dougherty with 2,400 undergrads. They also have really good engineering professors so I get a good education while playing baseball, which is awesome. It’s one of the top 30 Division III schools every year, so the goal is to win a national championship.”