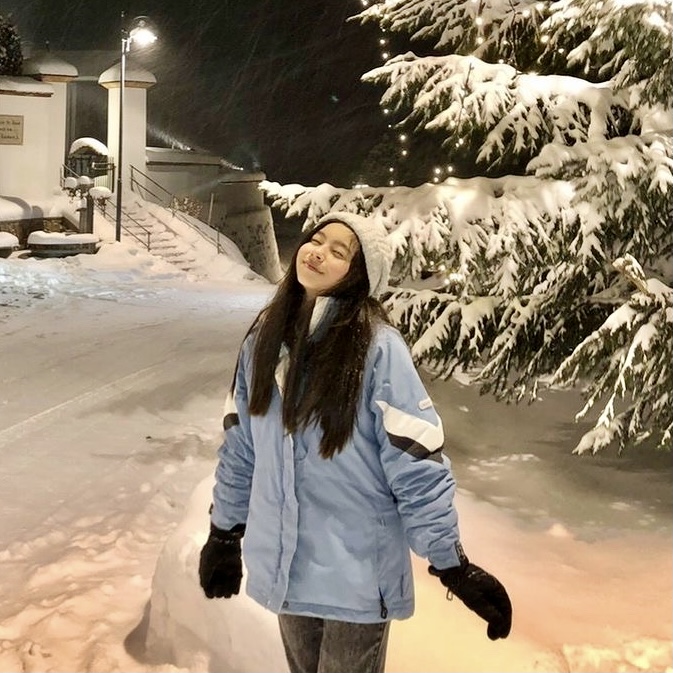 “Living in Germany was a culture shock, but it always felt like home to me.”

Nadia Hoffmann: “I lived in Germany in fourth grade, sixth grade and eighth grade. When we first decided [to move], I was eight years old, and my grandma had been diagnosed with cancer, so we wanted to visit her. She lives in Germany and my dad’s side of the family is German. My dad basically said, ‘it’s time for us to go see family,’ and he wanted me to learn German and to be more connected to my heritage. My mom stayed in California … and I am an only child. So [my dad and I] always knew when we were in Germany, that we would come back to California because we had to go see my mom. But when we were in California, we didn’t really know [if we’d go back]. ‘Hey, maybe next year, we’ll do it…or maybe we won’t,’ we’d say. It was sort of up in the air.

I went to an international school where there were tons of students from different cultures, but it was still predominantly German and white. But I got to learn three different languages at once. And it was a really cool, different environment. We had field trips to France and Austria. In eighth grade, we had a field trip, and for a week, we went to Italy. And we just got to explore. We were given so much independence—we were just allowed to run around Florence and do whatever we wanted at that young age. I don’t think my parents knew about that. But the teachers were like, just go for it, so I’m really, really grateful and privileged that I got to have these experiences in different European countries.

It’s a really big culture shock, how people act in different places in the world. It’s kind of crazy how it’s very similar but very different at the same time. I don’t know how to explain it to people. For example, I love my German friends, don’t get me wrong, but they were so late on all of the trends in America, and it was the funniest thing. Even though I’ve lived in California most of my life, I always felt like I was home in Germany too. And yeah, I sometimes didn’t fit in, because I wasn’t fully white. My friend group was almost all British. They didn’t really understand that I was also Chinese, because my mom is Chinese, and they thought I was different. But for the most part, I felt pretty included. It was a really cool school experience and I don’t regret it at all. I think it’s been two years since I was last there, right? I still try to keep in touch with [my friends] and everything. And people here still know me as ‘the German girl,’ which is kind of cute and fun. So it’s definitely a huge part of who I am. I feel like most of my identity comes from the fact that I’ve moved back and forth. Even if I haven’t been there recently, it’s still home.”