The Wildcat Tribune • May 28, 2020 • https://thewildcattribune.com/9386/issue-9/arts-and-entertainment/ryan-murphys-hollywood-charms-with-self-indulgence-and-unmitigated-historical-revision/ 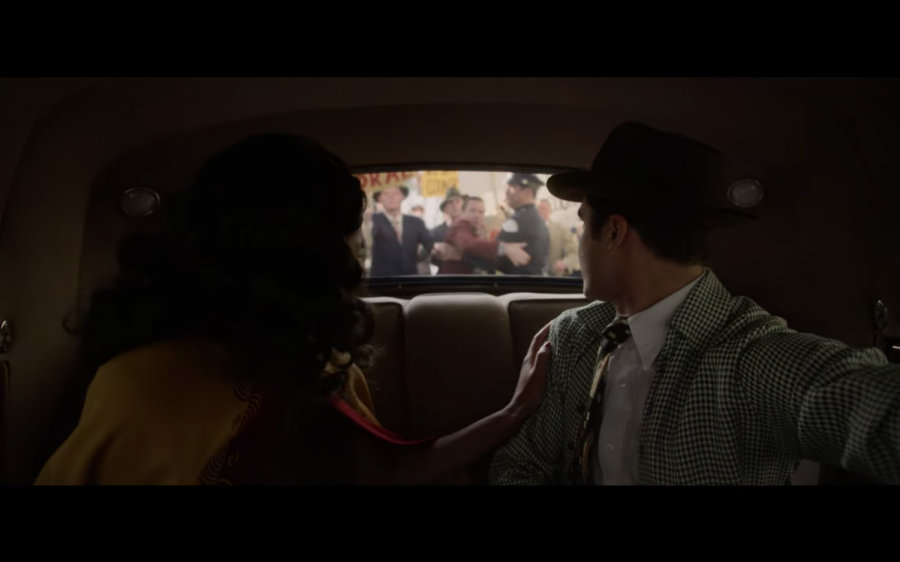 Acclaimed television producer Ryan Murphy, with shows like “Glee” and “American Horror Story” under his belt, came out with his new Netflix show “Hollywood” on May 1. With a cast of Murphy favorites like Darren Criss and Patti LuPone, expectations were high, but it was soon abundantly clear that for better or worse, this is not your average Ryan Murphy show.

The story follows starry-eyed 1972 Hollywood dreamer, Jack Castello (David Corenswet) as he struggles to follow his dreams while supporting his pregnant wife. To make money, he starts “servicing” people at a gas station. But escorting the rich becomes an unlikely networking opportunity, and via his connections he is able to get a contract with an agency.

The equally ambitious Raymond Ainsley (Darren Criss) is trying to make a film that stars an East Asian actress. To get in good favor of the networks, he agrees to produce a film called “Peg” about a young movie star hopeful that jumped off the Hollywood sign, written by African-American writer Archie Coleman (Jeremy Pope).

This archetypal cast sets out on a mission to produce a fully inclusive movie, no easy feat in the mid-20th century. Their success usually arises from coincidence over talent, so it’s no wonder that each character is fully optimistic and believes their skills are infallible.

The idealism of the main cast is juxtaposed with the “old Hollywood”; predatory talent agent Henry Williams (Jim Parson) and gas station owner Ernie West (Dylan McDermott) are just some of the hopeless Hollywood dreamers, one a bitter success and one who’s given up on his dreams. And the story of Peg, the one the characters strive to represent, mirrors the character’s stories with a more dire ending, demonstrating what can happen when dreams fail too quickly.

As the story of a suffering white woman, Peg, is revised and turned into Meg, the story of a black woman who braved through industry difficulty and came out on top, the story of “Hollywood” itself takes a more positive turn. This is where it takes a more idealistic, ungrounded angle. Years of ingrained bigotry melt away with a pep talk. Sometimes the series shows the horrible effects of daring to make a change: protesting, hate and arson plague the cast and crew. But they never show the effects of the pushback on the cast — they are simply brushed over with no further thought.

At the end of the season, everything goes right. All of the characters were invincible and did not make any mistakes along the way.

But the ending is hopeful. The story of a truly inclusive film in the 1970s is unrealistic and indulgent, but a joy to watch and dream about. The characters aren’t excellently written or fleshed out, but the prospects of what might’ve been if they’d existed are great and truly entertaining.

Revising history in the way “Hollywood” aspires to will never be seamless. Mixing past norms with current ideals is messy and hard to do, and this piece often misses the mark. But with an influx of demoralizing and brutally real television, an idealistic dreamland is quite welcome.