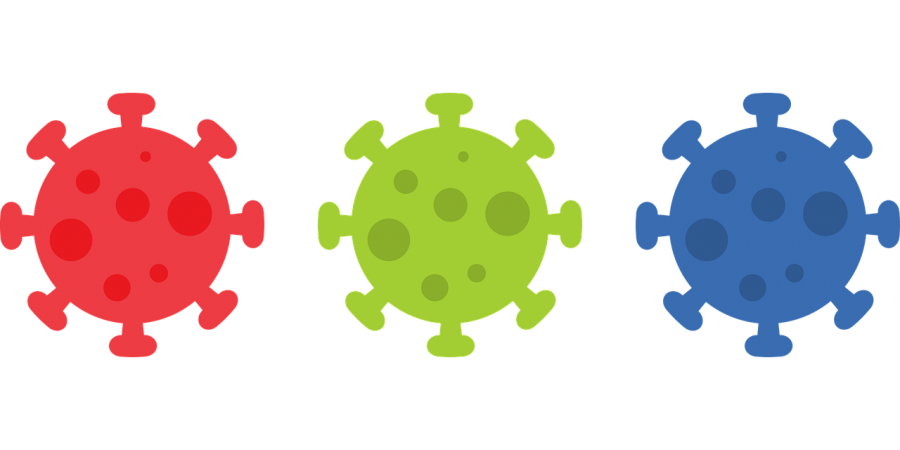 Originating in Wuhan, China, COVID-19 has now found its new hotspot in the U.S.

Channel News Asia recently released three episodes regarding the deadly COVID-19 as a part of its docuseries “Insight.” The series covers a variety of important Asian issues as well as how these issues impact the world, making it appropriate to be a part of the international edition.

“Novel Coronavirus: The Silent Killer”
The first episode was released on Feb. 14 and was later aired on South Florida PBS on March 25, 27 and 29. The episode gives an early look at the newly identified COVID-19 and the first responses to the virus from scientists as well as the general public. The scientists discuss an earlier virus, SARS, that Asia experienced in 2003 and how this new case is similar as well as different. Then, the show explores the origins of COVID-19 and how its rapid spread mainly arises from the fact that it can be transmitted even during the asymptomatic period. It also discusses the virus’ mental impact on the people when they first learned of this new “silent killer,” with a couple of people sharing their emotions, merely to add a dramatic twist to the episode.

“Novel Coronavirus: The Silent Killer” is well-filmed with multiple reliable sources and accounts from the first responders. However, the information contained in the episode is extremely limited, as the documentary was filmed in February. Having been filmed so early in the fight against the novel coronavirus, the show has quickly aged as more information about COVID-19 has come out. The show’s stated purpose is to answer the question of whether the virus will become a global pandemic when in reality, the answer is already known. Moreover, sources often seem to repeat themselves, and the episode jumps from topic to topic with no clear focus. The episode only fulfills the purpose of providing an overview of the first two months of the virus rather than giving a demonstration of the severity of the virus.

“COVID-19: The Invisible Enemy”
CNA released a follow-up episode to “Novel Coronavirus: The Silent Killer” on March 27 in light of new updates to the coronavirus pandemic. “COVID-19: The Invisible Enemy” is a more informed expansion to the first episode that fills in some of the gaps that its predecessor misses. The scientists further share their investigation on how the virus acts and how hospitals have taken action. The documentary also goes into different pandemics that the world has faced and how they differ from COVID-19, a perspective which would have better fit in the previous episode along with the discussion of SARS. Although an “International Edition,” the episode again focuses primarily on China despite the growth of the pandemic in areas such as Italy and other Asian countries.

In spite of concerns that China may be underreporting its numbers, the show seems to have significant confidence in China’s strategies and recovery. The episode doesn’t seem to paint a full picture of the coronavirus pandemic and holds a one-sided view of the situation, ignoring some of the failures in the response to the pandemic.

Rather than an entirely new episode, “COVID-19: The Invisible Enemy” is more like an updated version of the first one, focusing on the same topics and being just as broad as “Novel Coronavirus: The Silent Killer.” The episode’s contents overlap far too much with the previous, and many segments seemed like they could have fit better in the first. The producers missed an opportunity to explore the World Health Organization’s and local people’s reactions to the virus, instead taking another scientific approach like the first one did.

“COVID-19: The Economic Contagion”
A third episode was released by CNA on April 9 to focus on the adverse effect of COVID-19 on the economy. With China being the first country to see its economy fall, this episode concentrates primarily on how China’s economic crisis has affected the global economy. “COVID-19: The Economic Contagion” dives more into the global economic issue covering countries like China, Italy, Malaysia, Singapore and the United States. It also incorporates interviews given by economists and business owners from various regions to make the episode more reliable.

This episode is very effective in providing relevant information to the title and includes timely facts. Unlike the other episodes, it makes sure to cover different parts of the world, fulfilling its purpose of being a part of CNA’s international edition. While this episode has certain downfalls such as providing some information that might have been more relevant in previous episodes or restating information throughout the episode, it serves as a well-represented, up-to-date episode. Although “COVID-19: The Economic Contagion” holds a better representation of the situation, we fear it may fall into one of the pitfalls that the previous two episodes also had. The episode seems to be more effective as a short term resource rather than a long term one and would require more updates in order to correctly capture the economic downfall throughout this pandemic.

Overall, CNA’s COVID-19 series is a relatively well-produced addition to their docuseries. While they do have their shortcomings, these episodes work well for casual viewers looking for a quick binge. However, these documentaries may not be so relevant in the long run, as the situation is constantly changing. Rather than jumping the gun and filming coronavirus documentaries back-to-back, perhaps CNA should have made the decision to wait it out before producing a comprehensive film on the virus, or even making one in-depth episode for each sector that the virus has impacted such as healthcare, the economy and education.