Summarizing her stance on the controversy arising from the letter, Uscian believed that her students’ projects were ultimately successful because of the conversations — whether agreeable or uncomfortable — they started.

“Not everybody’s going to agree with every single thing that’s being presented,” Uscian said. “But I think at the end of the day, if one or two people saw what they had to say, and were persuaded in some way by it, I think that shows success.”

Nevertheless, after speaking with the letter’s authors and her students, Uscian decided to provide advance notice before putting up projects in future years. Landry agreed, seeing the criticism as a learning experience for students to think about how their actions impact peers and how to grow from feedback.

Ultimately, she emphasized the importance of fostering communication and giving students a platform to speak out on campus.

“We know that people are going to interpret things in different ways, right? And that is to be expected, especially around controversial topics,” Landry said. “That being said, it’s not reason enough to prevent students for standing up for what they believe in and care about … We want them to be heard, and that’s what this project was about.” 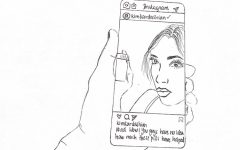 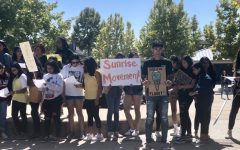 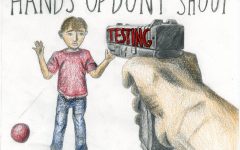