A decade in film 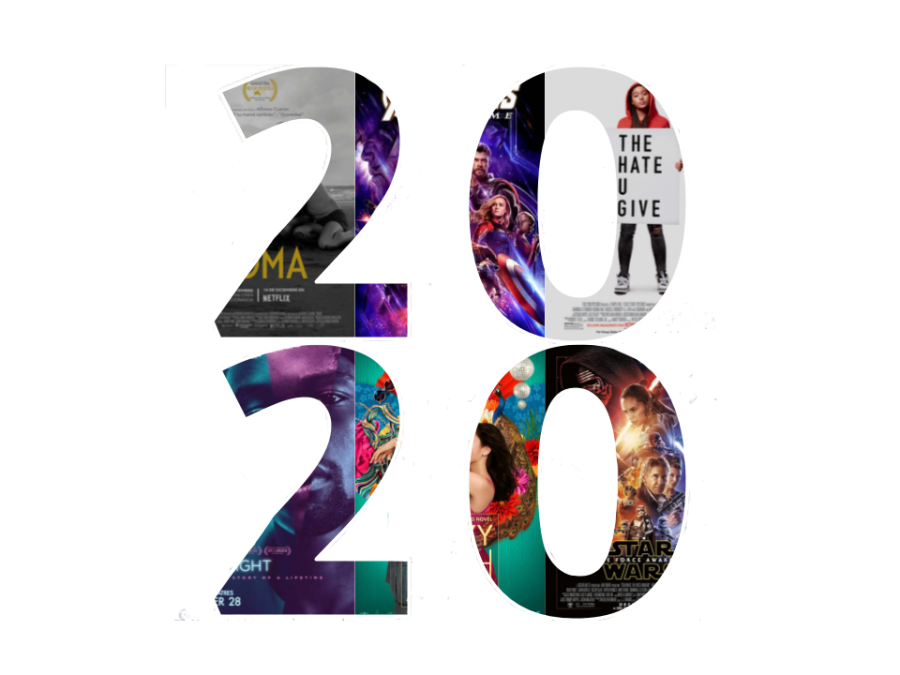 The 2010s brought a bright new age into Hollywood that hopefully will continue into 2020 and beyond.

The 2010s saw a generational collision. The plastic of the past. The promises of the future. The world changed as a new generation came of age. A new, tech-savvy generation which started the shift to streaming services. A new, young generation who found comfort in familiar tales. A new, diverse generation who intended to make the film industry more accepting. A new generation, who took control of Hollywood’s reins and drastically changed film in span of ten years.

As we leave the 2010s, we can see that there were many changes in pop culture during that time period, especially in film. These changes were monumental and caused the decade’s movies to be unlike any others.

Streaming services such as Netflix, Amazon Prime and Hulu have created original blockbusters exclusive to their respective websites in order to garner large audiences. From beloved movies such as “Roma” to absolute dumpster fires such as the live-action “Death Note” adaptation, original movies captivated people all around the world, in both positive and negative ways.

Many Netflix original movies have managed to gain Oscar nominations. “Roma,” a Spanish movie, managed to give Netflix their first Best Picture, Best Director and Best Actress, along with many more nominations as well as gross $5.1 million in the box office, showing how the internet and the rise of streaming services have allowed people to experience entertainment from all around the world, which they previously were unable to unless they looked at independent films, not blockbusters.

Many other films were also able to rack up Oscar nominations, despite being made by streaming services. In total, 15 Oscar categories were nominated by 16 different films, and four of them managed to win their respective categories.

Even with so much new content this decade, it’s clear that moviegoers still enjoy sticking to what they know, a fact on which movie studios are more than willing to capitalize. Sequels, series and sagas boomed this decade, particularly within the science fiction genre.

The Marvel Cinematic Universe (MCU) released a whopping 20 films between 2011 and 2019, and Star Wars released its final trilogy as well as two feature-length spin-offs, “Rogue One: A Star Wars Story” and “Solo: A Star Wars Story.” Not surprisingly, the three top-grossing films of the decade were either Star Wars or MCU movies. There isn’t one clear reason why these movies appeal to so many people, but most like the sense of familiarity that sequels provide, as well as a sense of nostalgia from continuations older films, as seen with the Star Wars trilogies.

Familiarity sells not only in storytelling, but also in casting. The world we know today is incredibly diverse, though this wasn’t always reflected in film. Hollywood pushed films centered around cishet white leads, often casting people of color or queer actors as stereotypical caricatures. Whitewashing plagued the 2010s, notably in “Aloha” and “Ghost in the Shell.”

Despite these shortcomings, representation in Hollywood drastically improved this past decade. 2013 was a huge turning point for black representation, with five acclaimed films featuring primarily black casts. Thirteen black actors and actresses won Oscars this decade.

Asian representation also took a positive turn, with “Fresh Off the Boat” becoming the first American sitcom with Asian main characters. “Crazy Rich Asians” continued this trend as the first  Hollywood film since 1993 to star a majority Asian cast.

Representation also served as a response to the ever-changing political climate. Under Obama’s presidency, the LGBTQ+ community was granted greater rights. With the legalization of same-sex marriage came greater LGBTQ+ representation in Hollywood, and movies like “Call Me by Your Name” and “Moonlight” received critical acclaim. In contrast, under Trump’s presidency, racial tensions rose as police brutality continued against black people. Films such as “The Hate U Give” served as a response to the oppression and provided greater representation.

Overall, the 2010s brought monumental changes to Hollywood. Movies were released to the world digitally, not just in theatres. Sequels and sagas abounded. There was increased awareness of cultural, racial, and social representation. As the new decade begins, the 2020s are sure to bring many more changes to the film industry. Maybe a new Golden Age of Hollywood will arise with glamorous movie stars and films making lots of money.