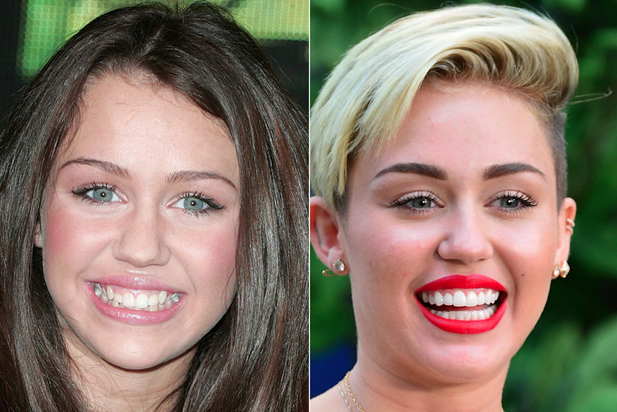 There are many phases in the life of the American teen pop sensation. Whether it be Miley Cyrus, Justin Bieber, or Demi Lovato; they all go through similar stages. Being in the spotlight can take its toll on people, and what they make of the spotlight is what determines how they turn out in the end. Today, I’ll take you on a small tour which I call “The 8-Fold Path to Socialitenment”.

2. The “People Kinda Know Me” stage: this stage occurs usually after said Teen releases first single. It also comes with a music video that features knee-popping dance moves and light-up sketchers. A prime example of this stage is Justin Bieber’s sing Baby. If you have seen this mucks video, the odds are you also witnessed Justin Bieber in the next stage.

3. The “Teeny Bopper” stage: This stage comes very shortly after the last stage, when said teen can now be called a “Teen Pop Sensation”. In this stage, our Teen Pop Star is suddenly selling millions of albums to pre-teen boys and girls. A prime example of this stage is the debut of Miley Cyrus’ TV show, Hannah Montana. If you watched Hannah Montana then you were most likely a giddy pre-pubescent tween that wore be-dazzled shirts and mini denim skirts.

4. The “I’m Practically An Adult” stage: In this stage, our teen pop sensation is showing early signs of Socialtehood. He or she is seen dating another teen pop star and is now spotted at red carpet events. A prime example of this stage is the period which Demi Lovato was dating Joe Jonas, and Miley Cyrus was dating Nick Jonas. If you witness this stage, the odds are you now viewed the Jonas Brothers as “totally dateable” and had posters of them in your bedroom or on your binders. At this point you are halfway through the eight-fold path.

5. The “I’m Finding Myself” stage: This stage usually occurs 2 or 3 years after the “I’m Practically An Adult” stage. During this stage, our teen pop sensation has reached the age of accountability and goes on a journey to figure out who they want to be. The very good example of this stage, is the series finale of Hannah Montana, when Miley reveals to the whole world her secret identity. If you watched that episode, you probably thought that your childhood was coming to an end…and in the case of our teen pop sensation you were right, because now our star is ready to face the real world.

6. The “What Am I Doing?” stage: At this point, our teen pop sensation has searched for their true self, and failed. An accurate example of this stage is the release of Miley Cyrus’ single, Can’t Be Tamed. Our teen pop star is now experimenting with new music in order to see which one fits them best. If you listened to this song, the odds are that you finally decided to never listen to Miley Cyrus ever again, but ended up changing your mind later on.

7. The “Scandal” stage: This stage is stage is pretty much the turning point in the life of our pop star. He or she gets himself into trouble and teenagers all over the world shed a unanimous tear. A nice example of this stage is the time everyone found out Jamie Lynn Spears was pregnant. Jamie Lynn a Spears, was never a pop star, but you probably loved watching her in Zoey 101. If you remember that incident then you probably also remember your Mom telling you what would happen if you followed the bad example of our teen pop star.

8. The “This is Me” stage: This is the final stage in our pop star’s life and essentially lights the way to the rest of their life. He or she can no longer be called a “teen” and has to deal with adult problems in the adult world. A very good example of this stage is Demi Lovato’s period of rehabilitation and recovery. During this stage many teenage girls (like myself) were inspired to be confident and express themselves. If you remember stage 1 through stage 8, then you are no stranger to the pop star’s journey. If not, then I hope your enjoyed this tour in the life of the typical Teen Pop Sensation.