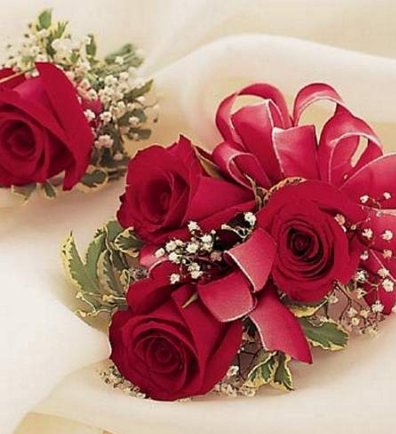 The “promposal” pressure:    Similar to the guy getting down on one knee in wedding proposal style, the “promposal” is a big deal.  Consider how one guy asked my neighbor to prom a few years ago.  One Saturday morning she awoke to find a note and a red rose taped to her car’s window. The note instructed her to follow the roses, which were intermittently taped to light posts and stop signs all down the street, eventually leading her to a park bench with a big sign asking ”  WILL YOU GO TO PROM WITH ME?  Guys are expected to ask in a unique and special way.

The vulnerability problem:  Guys, not girls, need to publicly express their feelings, leaving themselves at their most vulnerable to a probable rejection and subsequent public scorn.  Can’t say enough on this topic.

The incredibly high rejection rate:  It seems more girls are deciding its better to go to prom alone than say yes to us poor guys.  Need we tell you it’s HUMILIATING to be rejected?  The huge spectacle required makes rejection even worse, because everyone knows.  Of course, you can’t ask the girl privately, because if you did, you’d look lazy or cowardly.

The familial expectation:  parents expect that their sons should have a prom date – yet they don’t seem to grasp that the vast majority of the time most girls reject guys who ask –unlike when they were kids and people dated way more casually.

The lack of a safety net:  Unlike for guys, it is socially acceptable for girls to go to prom with their female friends and without a date.  But for guys:  no date = no prom.

The two left feet problem:   While girls look great doing anything on the dance floor, we can’t say the same about us guys.  How are we supposed to fix that problem in 4 weeks?

The “how to split the costs” problem:  guys are expected to pay for most of the prom expenses (tickets, transportation, flowers, etc.).  If the guy doesn’t cover more than 50% of the total expenses, will it look like he is worried more about the money than the date?

The “prom date’s dad” problem:  Check out that photo that went viral showing a smiling prom couple posing for the camera just before heading off to the dance.  Very visible in the background is the girl’s very unhappy looking dad, former Auburn University head football coach Gene Chizik.  Do girls have to worry about meeting the guy’s parents?  Are you kidding?  Everyone loves the girls…In fact, on the average, the guy’s parents probably like the girl even more than their own kid.

The “Cinderella moment:”    Apparently the girl expects prom night to be magical…like when Cinderella went to the ball.  Need we guys remind you?  Pulling that off requires a little plump fairy waiving her magic wand.

Yes, the “Cinderella moment” reason again:  The pressure to pull off this is so intense, it deserves the top two spots.

The chances of getting proposed to: Let’s be honest, the amount of dates get snatched faster than you can say “Who do I want to go with”, it’s not only tough to get someone to ask you but to get asked by the right guy, in other words, not some random boy you’ve seen twice in the hallway.

The Dress: Undoubtedly the second hardest part after finding a date, and the most important part of prom for a girl. What is my dress going to look like and where can I find it? What color should I wear? Both straps, one strap or strapless? Short, high low or long? Slit or no slit? The options are limitless.

The Expenses. Even for those fortunate enough to have a date willing to pay for their ticket, a girl always ends up paying an immense amount of money for prom. The dress, hair, makeup, bus ticket, prom ticket, shoes, nails and more always result in a deep hole in each girl’s wallet.

Planning. Every appointment has to made in advance, planning all appointments in order to be ready by a set time is stressful enough to make any girl want to tear her hair out!

The parents. Whether the pictures are taken at your house or at your date’s, there’s one thing for certain: There will be parents there. As awkward as it is for the guys to meet the dads, it’s even worse for girls who hope their parents don’t embarrass them in front of their dates.

Dancing. All girls are expected to be great dancers, especially when a guy has “two left feet”, the girl has to pick up the slack.

Eating on Prom Day. This is always a problem for girls who are afraid of not being able to fit their dress if they eat too much on prom day, or if they eat during prom and spill something on their dress. Even more awkward if it’s your first time eating in front of that guy… can you say nerve-wrecking!

“The Cinderella moment”. Prom is always more important to the girl than it is to the guy, if the guy can’t make the night magical, it’s the girl who’s going to be upset. Girls feel the responsibility of making their night easy by making their date happy, caring that weight around is not easy!

Backup plans. What if my date cancels last minute? What if they mess up my hair and I have no time to fix it? What if my dress doesn’t get altered in time? Girls have to prepare for the worst of the worst while guys just rent a nice tux or suit and show up.

Picture perfect. A girl’s biggest fear for Prom is to get all dolled up and end up with pictures that don’t capture how stunning she looks! After all prom pictures are the only way to capture the memory, and it takes a girl almost all day to get ready for this big night!