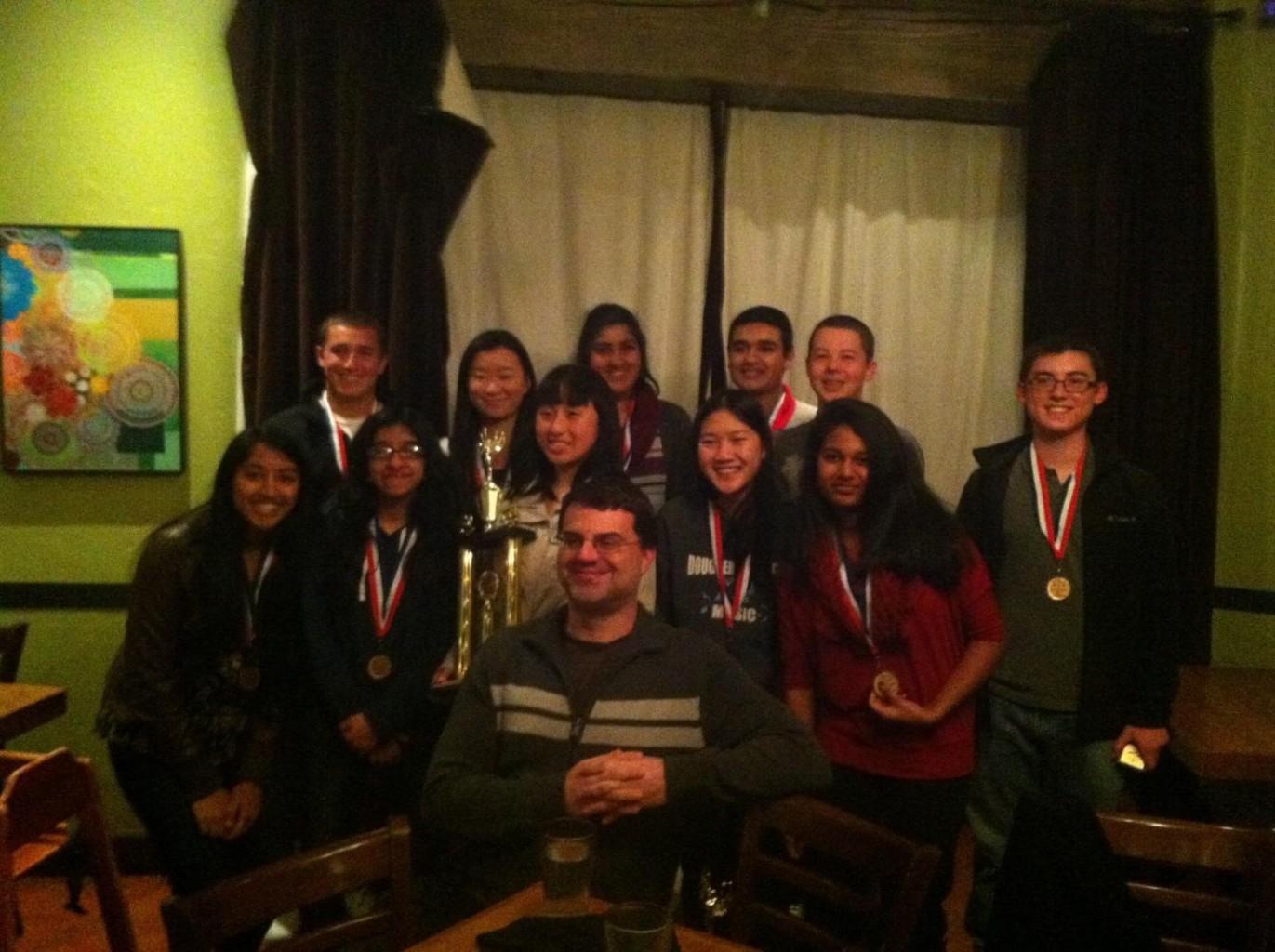 Dougherty Valley High School took fourth place in the 32nd Annual Contra Costa County Mock Trial Competition, which took place over the course of several evenings throughout the month of February at the county courthouses in Martinez, CA. Eighteen high schools in the county competed in the event. California High School took first, defeating last year’s reigning champion, Miramonte High School. DVHS made it all the way up to the Semi Finals and then the Consolation Finals by first winning all of its matchups in four Preliminary Rounds, and then it’s matchup in the Quarter Final Round. In the Semi Final round, Dougherty was defeated by Cal High. In the Consolation Finals, Northgate narrowly overcame DVHS in a close, controversial call that initially listed DVHS as the winners (and third place).

Every year, the sponsors of the Mock Trial Program, the Constitutional Rights Foundation (CRF), prepares a fictional criminal case with legal issues that are relevant to high school students. Along with the case, summaries of case law, witness statements, official exhibits, and simplified rules of evidence are released by the CRF during the fall to all participating California counties. In this year’s case, The People v. Concha, a high school student is put on trial for 2nd degree murder of a classmate after the classmate overdosed on illegal prescription drugs allegedly supplied by the defendant.

To participate in the program, a school must provide both a defense and a prosecution team to argue their version of the case. The teams work under the guidance of a teacher-sponsor and attorney coach. DVHS Mock Trial Club’s school coaches are DVHS teachers Ms. Nancy Amini and Ms. Michelle Wilson and the attorney coach is Mr. Brian Colton. During the competition, thousands of students across the state play the roles of trial attorneys, pre-trial attorneys, witnesses, bailiffs, and clerks for the trial. Their performances are scored by real deputy district attorneys and deputy public defenders, as well as private lawyers. Also, an actual judge or court attorney presides over each trial as judge. Student lawyers get firsthand experience arguing a pre-trial motion, conducting direct and cross examinations of witnesses, presenting opening and closing statements, and making objections.

While the Mock  Trial season for this year has ended, anyone interested in Mock  Trial may join next year. If you have any questions, feel free to email Ms. Amini.