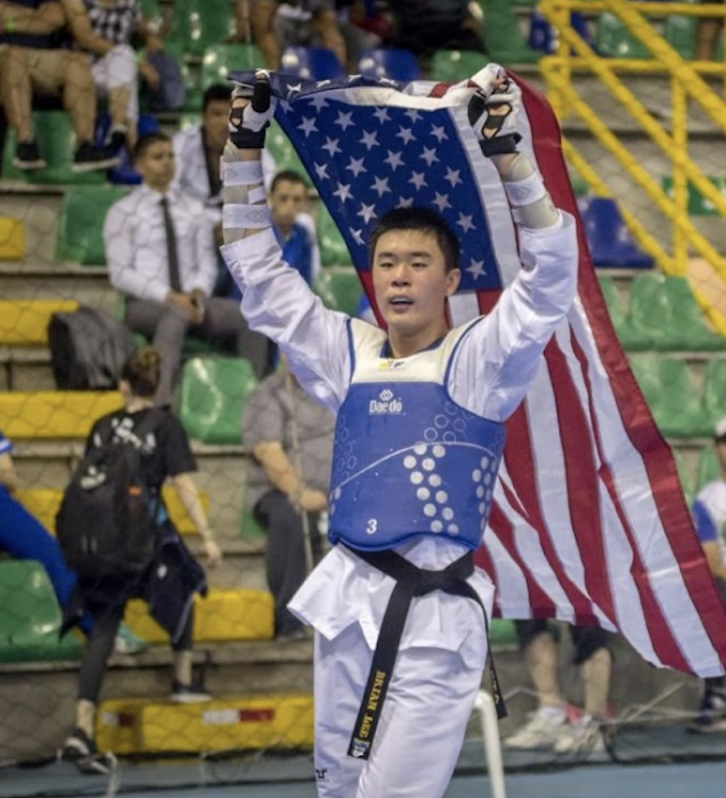 Brian Lee: “I started doing Taekwondo because I watched a lot of kungfu movies when I was younger, so I was like hey, I want to beat some people up. When I was younger I would say a lot of the reason why I continued was because my coaches motivated me to keep going, my parents wanted me to keep going until it became a way of life, and then after that, I just kept doing it. There were a lot of times where I really, really wanted to quit. But right now, I continue because it’s out of habit. I practice 6 times a week, usually an hour and a half to three hours of training. It takes a lot of time. So to fit that into my current schedule, I have to be really efficient. I don’t have time to be lazy anymore. And those times where I am lazy, I pay for it at school. I see it as well during training. When I was 14, I made it to the national team, and we went to Pan American Games instead of World Championships. There, I won, so I was the Pan American Champion. When I won the Pan American Games, that’s when I was like, okay, I know what I’m doing. I can actually be successful in this sport. This year, I made it to the national team, and I won the Pan American Games again. And currently, I’m ranked fourth in the world for my weight class and my age group. I feel like I’ve become much more disciplined. I’ve understood what I have to do to become more successful. Overall I’m more patient, understanding, and less stressed. As long as I work at it, as I long as I work through my schooling, I can do it. That’s why stress doesn’t come to me anymore because I figured it out.”