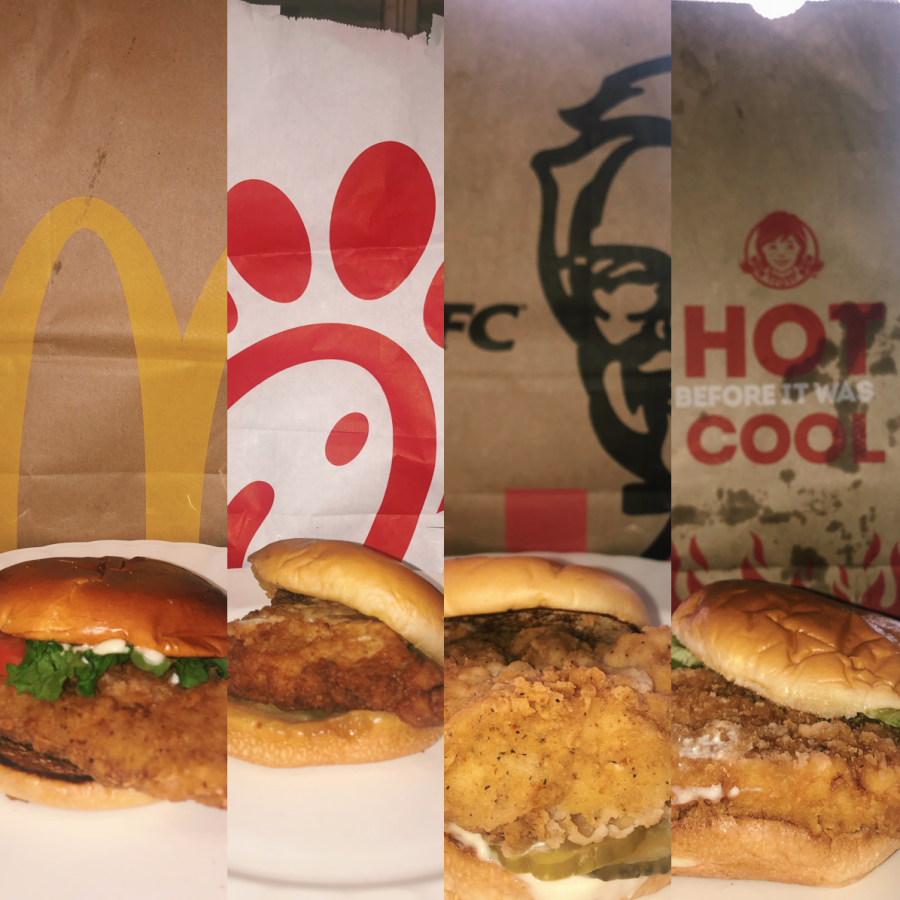 Popeyes’s famous chicken sandwich has taken over the nation since its debut on Aug. 12, with the sandwich selling out nationwide less than two weeks later. On Aug. 27, Popeyes announced on their Twitter, “Y’all. We love that you love The Sandwich. Unfortunately, we’re sold out (for now).”

Since the popular sandwich sold out so quickly, I’ve compiled chicken sandwich alternatives to try in case you missed out on Popeyes’. I’ve rated them based on the crispiness and flavor of the chicken itself and the overall taste of the sandwich. I tasted fried chicken sandwiches from four chains: Chick-fil-A, Mcdonald’s, KFC and Wendy’s.

After trying the four chicken sandwiches, my favorite was KFC’s. The chicken was juicy, tasted delicious and the sandwich overall was flavorful. If you ended up missing out on Popeyes’ famed sandwich, I’d definitely recommend checking out KFC to try their delicious chicken sandwich!