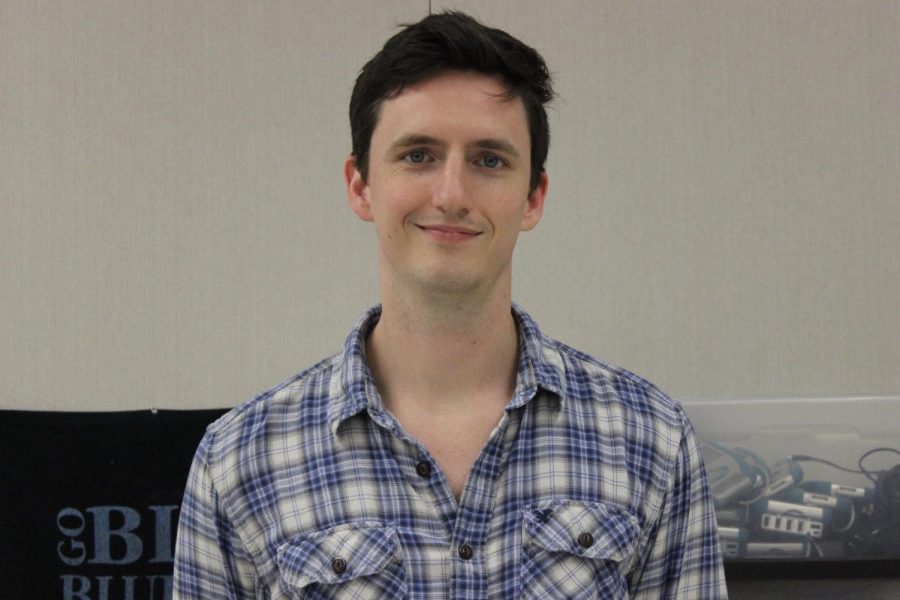 Every day, hundreds of students walk into CT101 as Mr. Patrick Walker welcomes them with a smile, ready to teach physics.

He began to teach here with the help of another physics teacher on campus, Mrs. Tiffany Wu.

“I was actually looking into schools near Davis, but I came down and visited. Mrs. Wu showed me the campus and I met some of the administration. It’s a really awesome place; the students are really motivated. I was really attracted to it. So I ended up moving down here this past summer. It’s been great so far. It’s been kind of everything I thought it was,” he said.

Walker is now looking for ways to be more involved, both in the school and in the San Ramon community. In fact, he’s the advisor for some clubs at school and it’s clear he’s already made an impact on students.

“He’s really energetic and passionate about what he does. He also has a wide breadth of experience in various subjects so he’s able to tie different things together to make it more interesting,” senior Tanvi Thummala, one of his students, said.

His “wide breadth of experience” likely comes from his time as a tutor. Walker learned a variety of subjects and different careers before becoming a teacher.

“I was tutoring, primarily SAT and ACT prep, and then just about every high school subject other than languages. And then I went and got my credential at UC Davis last year. It was a bit of a journey in some ways because I graduated from college with a degree in economics and religion, which isn’t physics, obviously, and isn’t education either. But, just trying to find a professional life, I kind of fell into tutoring. As time went on I had other jobs too; I was a bartender for awhile. I did a lot of different stuff,” Walker said. “But I kept coming back to tutoring — it was what I enjoyed. It’s what I felt fulfillment with; I felt like I was making an impact. It’s what I seemed to be good at. Eventually, you know, everything just became clear to me that it was what I was meant to be doing.”

As a teacher, Walker particularly likes interacting with high school students and enjoys seeing their growth throughout the year.

“For whatever reason, I think I can relate to [high school students] because I remember what it’s like to be a high school student. And since I remember, I can understand what you guys are going through. But I also understand how awesome of a time high school is. The brain’s an insane thing; you can learn so much. Generally, you just need someone who can relate what you’re going through to help you get that stuff going,” Walker said. “But seeing you guys go, particularly with physics which scares a lot of people, from ‘Oh, I don’t know about this’ to the end of the year where I have people asking me ‘Should I do a career in engineering?’ That’s the most rewarding thing.”

“It’s effectively like an aerospace program simulator. The physics in it are super accurate so you can think of it in terms of education. But really what it’s about is trying to build planes or rocket ships to accomplish the same types of missions were doing in real life. It’s a great game and it’s kind of one of those things that you play for 50 hours,” Walker shared. “It kinda scratches my teacher itch, but it’s also just a really fun game to play.”