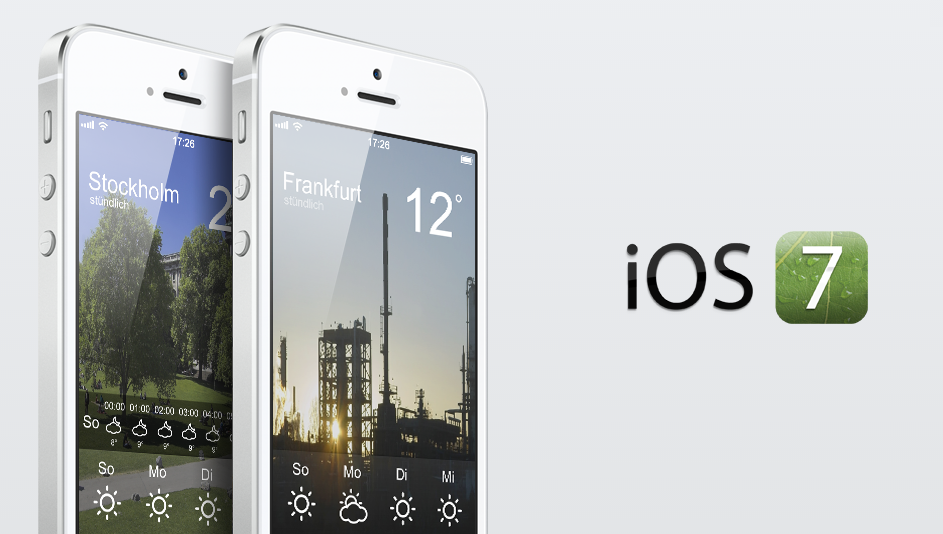 Woodrow Wilson, the 28th President of the United States, once said, “If you want to make enemies, try to change something.” Certainly the folks at Microsoft would agree. When the software company replaced the popular Windows 7 operating system with Windows 8, the response from PC users everywhere was overwhelming negative. Apparently the tech giant listened because, on October 17, the company will release a free download of Windows 8.1 to current Windows 8.0 users.

Apple, maker of the world’s best-selling cell smartphone (the iPhone 5), is also facing a wave of consumer negativity –albeit on a lesser scale – after releasing its latest mobile operating system, iOS 7. Apple’s iOS 7, released on September 18, is used by the iPhone, iPad and iPod touch.

What are some of the new features in iOS 7? One of the biggest changes has to do with aesthetics. Colors are bolder and brighter. There is less shadowing, and folders are more transparent. Users will also notice more image motion as apps fly in and out; now apps can be closed with just a single upward swipe. Multitasking actually shows the screen of the app, not just its icon. Tedious manual updating of apps has been replaced with automatic updating. The phone’s most frequently adjusted settings can be accessed with just a swipe up from the bottom of the screen. Siri, Apple’s intelligent personal assistant app, sounds more human. With AirDrop, iPhone users can now share files with other iPhone users on the same network with just a single tap. The updated photo app makes it easier to search for old pictures. iTunes radio provides a station with a particular genre of music, and even includes a few free songs at your disposal, refreshing the list from time to time. Finally, the advanced security features such as fingerprint sensors make iPhone less desirable to thieves. Of course Apple is absolutely glowing in their assessment of iOS 7. Not all users agree though. What do faithful iPhone users at DVHS have to say about iOS 7?

The results are in, and according to the survey, more people love iOS 7 than hate it. 37.5% of the students polled that have iOS7 said that they loved it, while 25% acknowledged hating it. Another 37.5% neither loved or hated it, or had only a slight preference.

Why is it so common to have neutral feelings for the iOS7? Many of us, myself included, find the bright colors almost garish, and the jittery motions and zoom animations somewhat dizzyingly nauseating. However, the concept of newness is always enticing. iTunes radio? Awesome. Control panel? Well, going through all the settings tabs was getting kind of annoying. Multitasking? Niiiice. Overall, iOS 7 has many awesome new features. But a burning question remains: Are these new features enough to tempt fellow DVHS Samsung Galaxy users to take another look at the iPhone…or at least subdue their contempt for “the other side”?