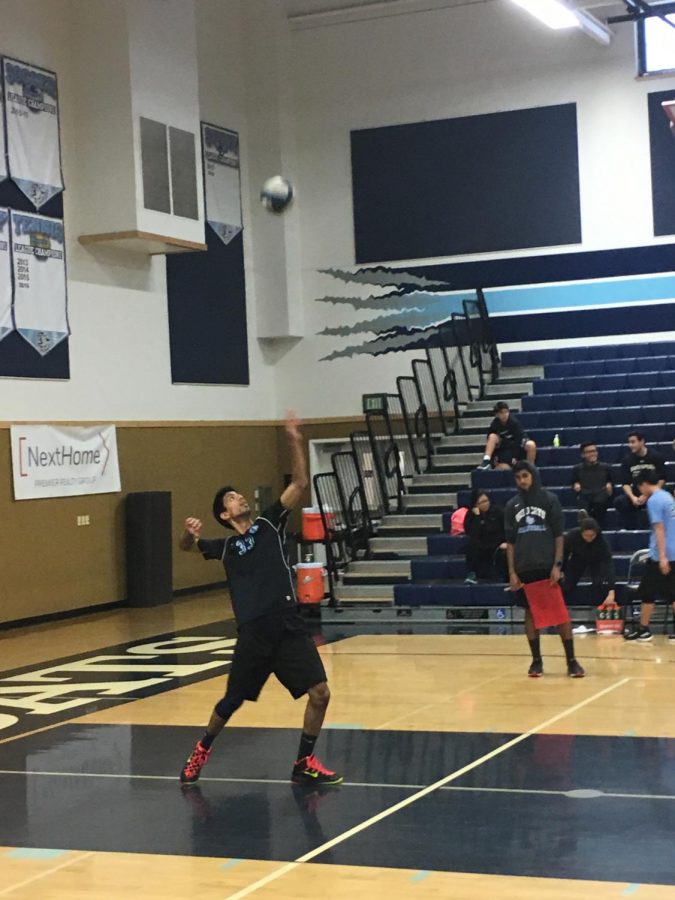 DVHS senior Hemakshat Sharma rises for a rapid serve of the ball to Foothill.

In the first set, DLS scored the first point, but DV pulled ahead soon, bringing to score to 2-1. DV was able to keep the lead for the remainder of the game. DLS made many poor blocks and repeatedly hit the ball out of bounds.

DV Head Coach Regina Conley said, “Sometimes, it’s a matter of just ‘give them the ball and let them make the mistake.’”

Dougherty took the lead in the second set, [with a failed hit from De La Salle], maintaining it until DV missed a low block from the Spartans. DLS and DV went back and forth until the game ended, never having a score gap of more than two points.

Throughout the set, DV constantly blew their leads. Conley attributed this to a loss of concentration, saying,  “They all have the strength. They’ve been playing long enough. It’s just lack of focus.”

For almost the entirety of the third set, DLS had the lead, largely because of their erratic spikes that landed in different parts of the court each time and created holes in DV’s defense.

Conley said, “We had too many people who were not rotating around or transitioning, and that was causing the balls to just drop on the floor.”

In the fourth set, DV and DLS were mostly tied, but DLS eventually ran away with the game. Despite a valiant effort for a comeback, the game ended with a crushing loss of 25-20 for the Wildcats.

The Wildcats’ next home game will be against Amador on April 11.