“If you don’t get back on, you’re never going to go anywhere.” 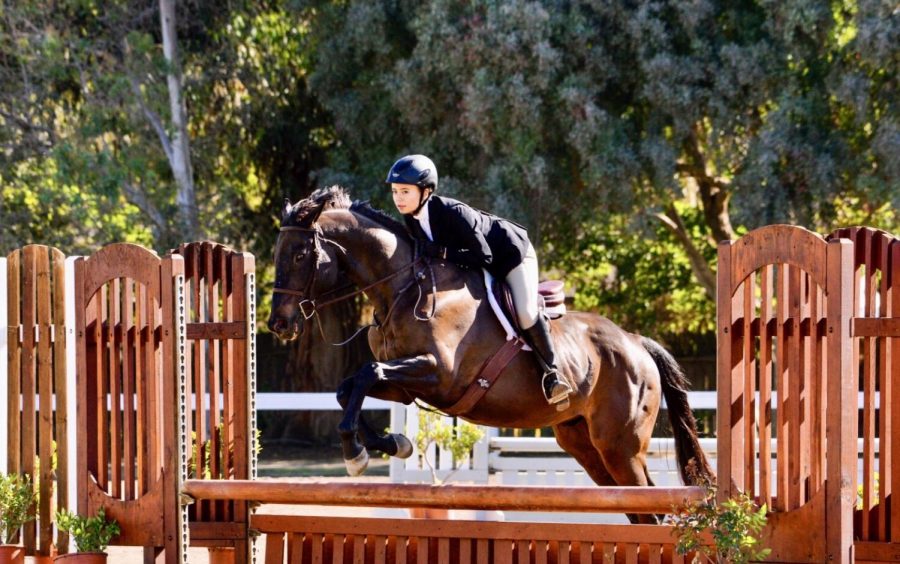 “I started [horseback riding] when I was about 7, so it’s been a while. Lately, I haven’t been able to go to any shows, but last year I went to a lot. I just really like animals in general, and I’ve been doing this since I was really little. I just enjoy being on the horse … My coach is really good [and] she’s always motivated me to do better … I’ve had several horses that I’ve had a lot of bonds with, but I’ve moved around so much that I haven’t been able to be with a horse longer than four years. I [have] hurt my back several times. It still hurts right now [and] I get back spasms from riding, but that’s just me and my mistakes … I’m doing alright. [Horseback riding has taught me] perseverance, because you fall off, then you have to get back up, and get back on, and get past what you’re doing. If you don’t do that, then you’re never going to go anywhere. I figured that out. [I would tell my younger self] to not give up and don’t be disappointed if you don’t do well at shows, if you don’t bond very well with the horse or if you have a really bad lesson, you’ll be fine. I’m just glad I did it. A lot of people tend to see horseback riding as a really boring, girly, childish sport, but it’s really not. There’s a lot to think about, and it’s really interesting.”