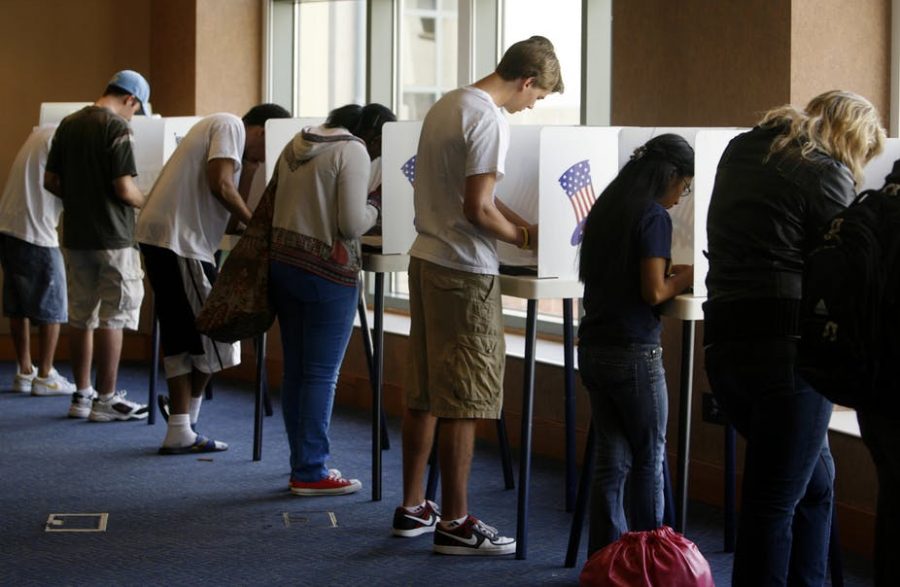 Statistics based upon previous elections reveal that millennials generally favor the Democratic Party, while older voters often lean toward the Republican Party.

Before Nov. 6, Republicans held both houses of Congress, which allowed the Trump administration to proceed with fewer restraints.

“The system doesn’t work when there’s an imbalance in government,” social science teacher Mr. Johann Somerville said. “If one party rules a majority of the branches of government, it throws off the idea of checks and balances.”

Ultimately, a greater millennial vote helped the Democrats in the Nov. 6 election, as they were able to take control of the House of Representatives and bring a new balance to Congress.  The Republicans, however, were able to retain their majority in the Senate, even adding a few seats.

The Senate retained its Republican majority with 51 seats as the Democrats held 44 and other parties took two.

The House of Representatives, however, attained a Democratic majority. Of the seats, 225, or 51.7 percent, are held by Democrats, while 197 seats are held by Republicans. This creates what the New York Times has called a “deadlocked Congress;” many believe that with the Democratic majority, the Trump administration will face difficulty in executing its agenda.

“We need more Democratic seats to counter what Trump is trying to do,” said senior Abhimanyu Dhanwantri. “We have the right to vote. [By not voting], we are putting our futures into someone else’s hands.”

Similarly, senior Vishruti Ganesh said, “We want to see things change. Voting is a privilege and a right, and we need to exercise it.”

Democrats settling into the House of Representatives are preparing to keep checks on President Trump and to suppress some of the Republican control of Congress.

“I would like to see a more balanced Congress,” Somerville said. “It’s dangerous when we don’t have that balance. Checks and balances exist for a reason.”

As the Democratic Party, in part, relied on the millennial vote, they also depended on younger voters in the midterm election.

A Pew Research Center poll found that only 28 percent of voters aged 18–29 said they were “absolutely certain” they would cast a vote in November. In comparison, 74 percent of adults aged 30 and older had solid plans on voting.

“People should absolutely go out and vote,” Somerville said. “You’re voting for your local representative. I think [this is] probably the most important [election], because you’re voting for the person that is your voice in government. You’re voting on the person who will help protect your city or county and who will fight for you.”

The voter turnout in the 2018 midterms was the highest in the past 50 years — ver 110 million people voted, setting a new high with almost half of all eligible voters voting.

The effects of the increased voter turnout are evident.

“Our vote matters, no matter what,” senior Shreysi Mittal said. “If people can get into the habit of voting, politicians may get into the effort of changing things. This is just the starting point.”