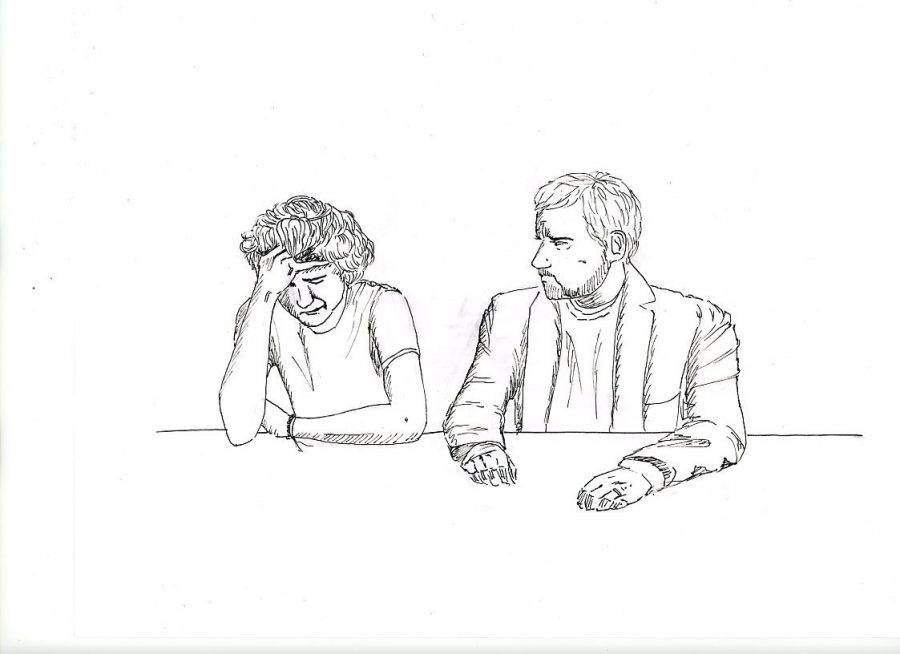 "Beautiful Boy" portrays the contrasting myriad of sentiments of a teenage drug addict and his father.

Based on a true story, the film follows the childhood and early adulthood of Nic Sheff, portrayed by Timothée Chalamet, as he nearly loses his life to a drug addiction. Throughout the story, his father, David Sheff (Steve Carell) documents his journey of parenting and loving Nic, from youthful innocence to a precarious obsession with crystal meth.

Throughout the course of the film, Sheff desperately searches for a cure to his son’s addiction while holding onto his memories of a younger Nic. The young Sheff is portrayed to have been a good student, a skilled writer, a passionate artist and a hero toward his two younger siblings, Jasper and Daisy.

The plot is bestowed upon the audience incohesively — flipping back and forth between Nic’s childhood and adulthood in no particular order — with the intention of representing a conscious stream of his father’s recollections. While this was an imaginative choice, it can make the plot difficult to follow and confusing to audience members who have not read the two novels from which the film is adapted.

Nevertheless, the story’s disjointedness adds to the emotional impact and makes the film a true scrapbook of memories, rather than a traditional chronological plotline.

In the original novel (“Beautiful Boy: A Father’s Journey Through His Son’s Addiction”), David Sheff reflects on Nic’s upbringing and partly blames himself for his son’s eminent addiction. The book provides insight on how deeply David loves Nic, justifying his commitment to helping him as he continuously mentions Nic’s childhood interests, from his fondness of surfing to his artistic and literary talents. The idea of using both Nic’s book, “Tweak: Growing Up on Methamphetamines,” alongside David’s was well-executed, combining the personal perspectives and choices of each of these characters into a seamless plotline. Reading these novels lends viewers a much more profound understanding of what is seen in the film, making each event truly significant.

Van Groeningen’s casting choice proves to be a perfect match, as Chalamet and Carell vividly portray the close connection between Nic and his father. During scenes of conflict between the characters, the tension is so palpable that it feels as if the audience is intruding on an intimate moment.

Chamalet and Carell’s outstanding performances add depth and emotional complexity, which, with a topic as heavy as drug addiction, is essential in reducing superficiality in the movie. Carrell expressively portrays the devastation of grieving for his son while Nic is still alive. Meanwhile, Chalamet’s immense commitment to the role, for which he had to lose 10 pounds, makes the film almost painfully realistic.

As the film closes with emotional reconciliation, its overarching message is revealed more explicitly. It abruptly cuts to a black screen and reveals the aftermath of Nic’s struggle, informing audiences that he is now clean. The movie emphasizes that there is hope for families affected by substance abuse, no matter the severity or deadliness of the situation; with perseverance and professional aid, even the worst addictions can be overcome.

Taking creative measures to portray the devastation that substance abuse causes its victims and their loved ones, Van Groeningen plays Carell and Chamelet to perfection in the tense and triumphant “Beautiful Boy.” It is a complex, unique and inspired motion picture that avoids the traps of cliché in its gratifying execution.