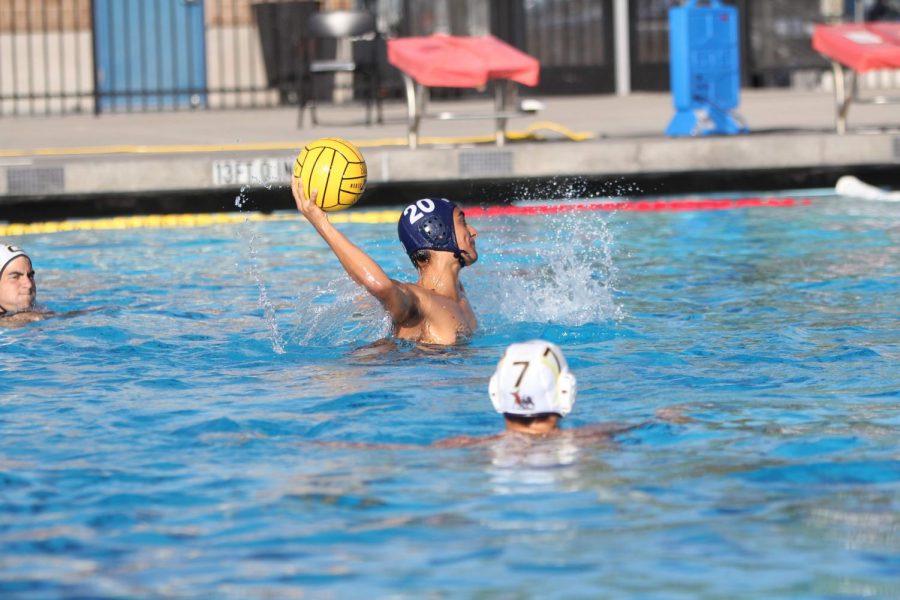 Junior Abhigya Wangoo searches for an opening in the Matador defense.

The Dougherty Valley Wildcats earned their second win of the season against the Granada Matadors at the home conference game on Sept. 13, bringing their overall record to 2-4. Improving on their loss of 8-7 last year, the Wildcats won by a considerable margin, 17-9. Despite being outscored in the second half, the Wildcats held on to their commanding lead from the first half to secure the win.

Coming off of two losses within the last week, the Wildcats were itching for the victory against Granada.

“I was drinking water all day so I wouldn’t cramp during the game … our team was mentally prepared to win this game,” junior Noah Richard said.

In the first two quarters, the Wildcats completely shut down the opposing offense. The team was always back on their side, ready to defend. Furthermore, whenever the Wildcats gained possession of the ball, they used their superior speed to rush to the other side and score quick goals.

“We had some positive momentum going for our team; it was very nice to have considering that we’ve had some tough losses lately,” senior David Wong reflected.

The day before, the team suffered a loss to Benicia, partly due to fouls.

“Yesterday we had a lot of frustrating calls on offense, so this game we tried to clean up our offense, and we drew a lot more fouls because we played a lot smarter,” senior Sharwin Patil said.

Throughout the game, Granada was especially aggressive on defense, resulting in several kick-outs (temporary ejection of player[s]) for the Matadors. The Wildcats capitalized on this, passing the ball to move the defenders around and open an opportunity to score.

By halftime, the Wildcats had gained a comfortable lead of 13-0 against the Matadors. However, the Wildcats began to falter in the second half.

“We played well in the beginning, but we got lazy at the end. We didn’t come back on defense because we had a 13-0 lead; we kind of gave up,” senior Cory Ng explained.

Furthermore, Granada had a much larger roster, allowing players to switch in and out of the game regularly. In contrast, many of the Dougherty starters had been playing for the entire game.

“[We started losing momentum] partially due to stamina,” Patil said. “Granada played more heavily with their hole-set because they knew we were dropping, they started shooting from the top more and countering our strategies.”

Consequently, the Matadors surged on offense, breaking through the Wildcats’ defense and shooting more often, scoring a total of nine points. The Wildcats, however, refused to give up, scoring an additional four goals in the third and fourth quarters. Despite their renewed effort, Granada was ultimately unable to overcome Dougherty’s tremendous lead from the first half, ending the game 17-9.

“Overall we had really good ball movement, and we showed everyone some of our best plays,” sophomore Charles Lee said.

Although they won, the team recognized that they still have considerable room for improvement.

“We need to work on conditioning; we were getting a little tired out there,” Wong said.

This month, the Wildcats will play Foothill on Sept. 20, Moreau Catholic on Sept. 25, Kimball on Sept. 26 and Livermore on Sept. 27.