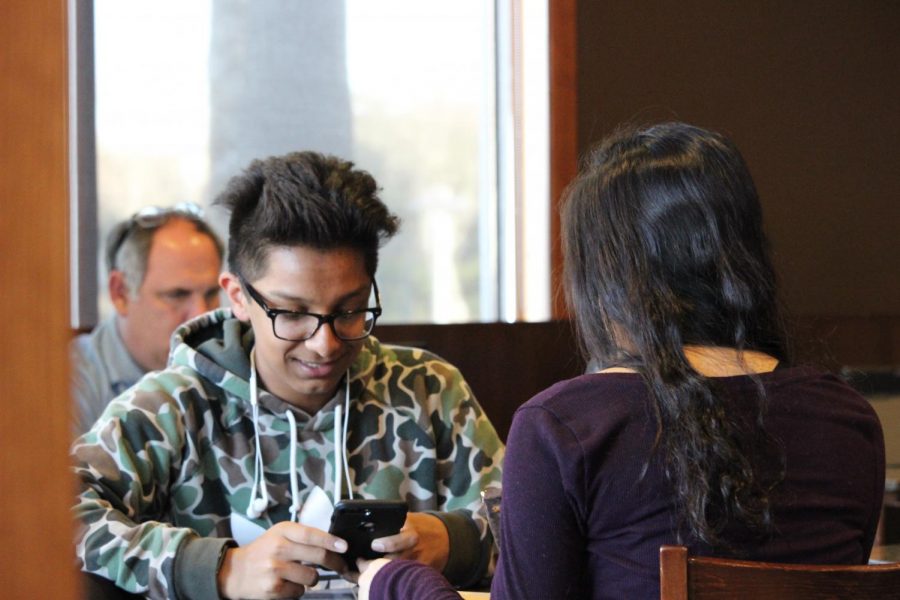 Him: “Not necessarily, but picture taking [was] sort of [awkward], yeah, but otherwise, nah not really.”

Her: “Not really, I don’t think there was any awkward gaps.”

Her:  “Before I met him? No not really. Well I didn’t really know I was going on the date so I didn’t have any preconceived thoughts.” “No [expectations] because if you don’t expect much, there’s not much to be disappointed about.”

Him: “Yes there was, we kinda smack talked about people, which I’m not very proud of but it was pretty funny. And we kinda actually had a good conversation so it was actually very fun.”

Her: “We kinda talked bad about everyone, so that was pretty funny.”

Would you go on a date with this person again:

Her: “Not a date, probably just for friends, but not a date.”

Did you know about this person beforehand?

Him: “I’ve seen her around school and I used to have a PE class with her but I never used to talk to her that much.”

Her: “Yeah we had classes. He was in my PE last year.”