Let’s stop clowning around: “It” is not a proper horror movie 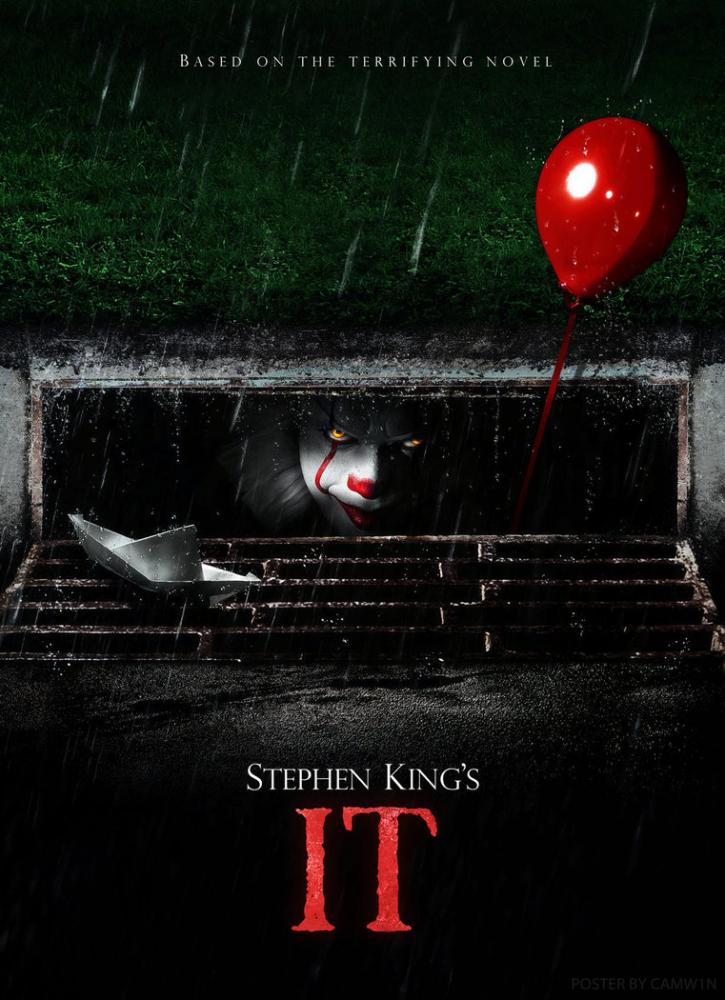 Following the release of horror movie after horror movie, Director Andrés Muschietti’s rendition of “It” clinches the end of summer releases, as the friendly character of Pennywise the Dancing Clown graces the big screen.

The story was written in 1986 by the infamous horror writer Stephen King, as an over-1000-page extravaganza that would both confuse and chill a daring reader to the bone. I read “It” in the summer of sixth grade with the utmost fascination — and that fascination was revived as I stepped into the packed theater. I was expecting to be horrified based on scenes from the trailers I had watched. Bill Skarsgård’s depiction of It included a dramatic grin and piercing eyes, and the striking image of a missing child’s little yellow rain jacket stuck ominously in my mind.

The movie’s specificity on the child years of the “It” universe is set in the little American town of Derry, ME. As school is let out for summer, the main characters — Bill (Jaeden Lieberher), who has a stutter, Richie (Finn Wolfhard), the wisecrack, Stan (Wyatt Oleff), the Jewish skeptic and Eddie (Jack Dylan Grazer), an asthmatic hypochondriac — are shown emptying out their backpacks and making R-rated jokes. They collectively refer to themselves as the ‘Loser Club’, and within the same scene, their real-life antagonists are also introduced. They go by the catchy name of the ‘Bowers Gang’ and the movie version depicts three older teenagers that unite the Loser Club through their constant bullying, as the four boys of the Loser club largely find solace in each other’s terrible lives and endurance of the gang’s torment. Other characters include Mike, a home-schooled African-American boy, Beverly, a girl abused by her father and plagued by rumors fabricating her indecency and Ben, an obese, intelligent boy, who all end up joining the Losers Club because of this.

It, the supernatural antagonist, is a shapeshifting creature that prefers the form of Pennywise the Clown in order to lure in its preferred prey: children. This reality is chillingly cemented in the first 10 minutes of the movie’s running; the capture of Georgie, the little boy in the yellow rain jacket and Bill’s younger brother, is a stark contrast to the rest of the movie, and associates the face of Pennywise with a disturbing, stomach-churning unease. The fears each of the members of the Loser Club face resemble the typical dramatics and gore of horror movies from the past decade, but because they are marked with the same noticeably-CGI floating red balloon and a creepy clown smile that shouldn’t be possible on the human face, the same sense of dread fills the psyche.

And it can be argued that there are no jump scares in the movie. Due to the use of music and the lighting, it is very obvious when something is bound to happen: the music crescendos, the lighting wanes and the top two thirds of someone’s head always retreats into the shadows. The approach resembles the slow climb to the top of a rollercoaster, but then again, the physical drop is more likely to elicit a scream than loud music and a pair of freakish eyes.

But the story does retain its macabre undertones. The appearance of Pennywise is enough to make everyone at least uncomfortable, in a messed-up Pavlov’s dog situation.

This can largely be credited to Stephen King’s portrayal of It. The character is supposed to represent the culmination of evil in the world, so it’s not an abstract character — It directly references real life. The effect of this is implied, however. The kids’s fears are rarely addressed before they are faced with It, meaning their interactions with It have little purpose except to bind the Loser Club with a shared experience and add some clichéd horror to the run time of the film.

The film lacks the nuance and subtlety of the book, which is to be expected when condensing a 1000-page book into two hours. The heartfelt and fear driven monologues, most likely taken directly out of the book, appear cheesy and unprecedented, never providing the somber tone the movie needed to realistically justify the character’s actions.

“What a kid-tastrophe,” a friend responded to a particularly trying segment in the movie, as Ben revealed that Derry had a child disappearance rate six times the national average. What was meant to inspire anguish was received with an eye roll instead.

Besides being the horror movie flick to end all summers, the popularity of this movie has only cemented Stephen King’s genius; It’s title has guaranteed the frustration of the masses who say “no pun intended” way too often in reference to this movie. Or guaranteed the delight, depending on the context.

While they say the book is always better than the movie, “It’s” organization is better than its book counterpart. Although it’s creepiness is translated well from the book, it would seem that the purpose of the character of It needed work — whether it be how It terrorizes people or It’s purpose itself

So “It” wasn’t scary. But it wasn’t a bad movie either. For a thriller/comedy, the movie is successful — the interactions and bonds between the kids feel genuine, and are a delight to watch. Richie’s jokes with foul language were brilliantly executed by Wolfhard, and his character was one we all once were or once knew — the funny kid who was a laugh to be around, but also really wants attention. I’m even willing to pardon the haphazard love triangle between Ben, Beverly and Bill. It was never fully explained what the point of the Triangle was, other than, I assume, sticking closer to the book’s original story, but it is a nice end to a disturbing story.

After the gory, action-packed battle between the kids and It, there is no real indication what becomes the fates of the missing kids, or how the town reacts. The kids make a blood oath to return and kill It when it comes back in 27 years. In true horror-movie-sequel fashion, “It: Chapter One” flashes on the screen; the adult version of the adventure the kids go on is bound to be even gorier and disturbing than the first.

But let’s be honest, the most unprecedented battle in the movie has to be the one between Penny’s forehead and his hairline.