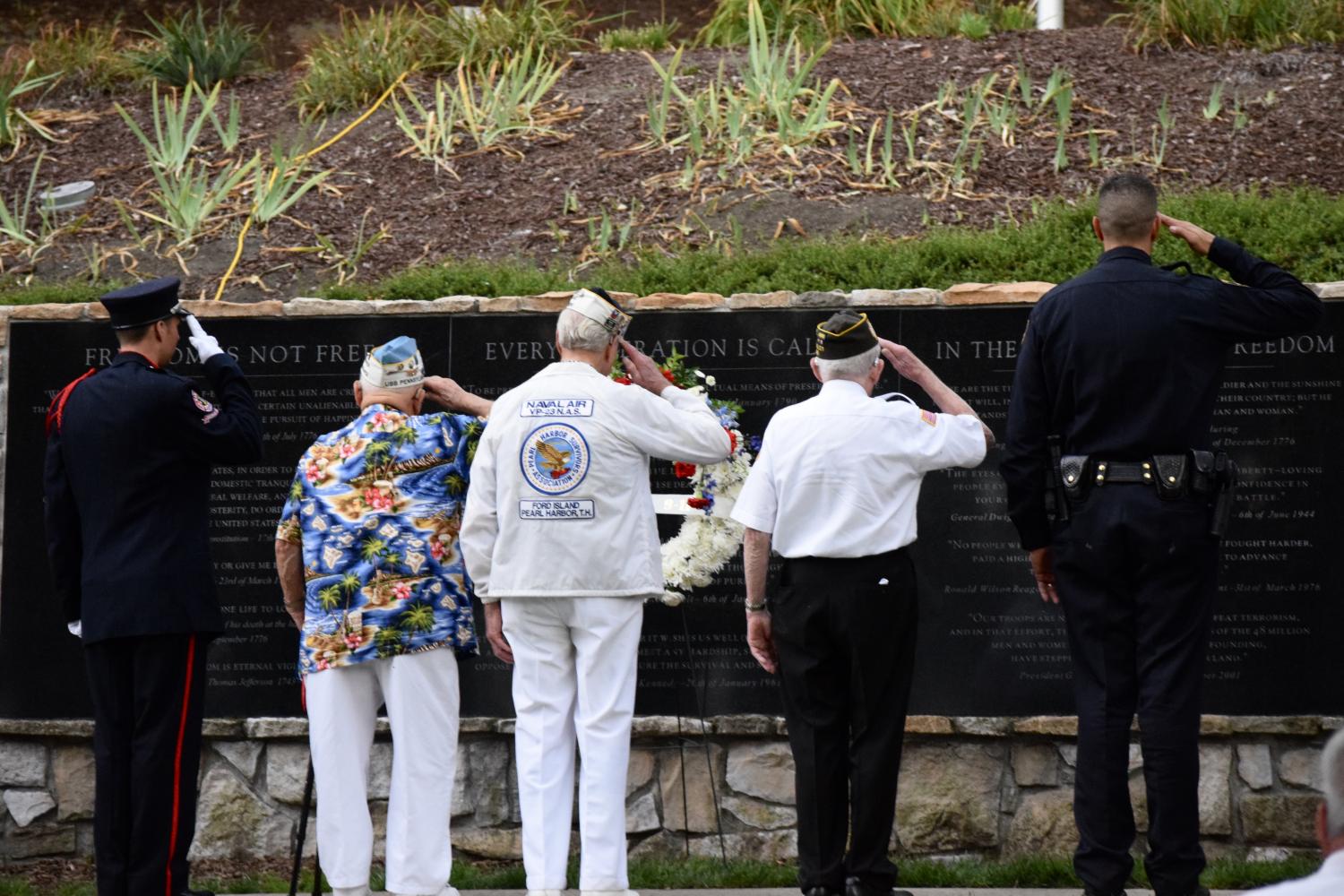 To start off the 12th annual 9/11 Remembrance Ceremony hosted by the San Ramon Valley Exchange Club, emcee and former Club president Karen Stepper, told the audience, “Every year I get asked, believe it or not, why are here each year, why are we still doing this?”

“Because it means so much to our country that we do.”

The event was held at Oak Hill Park to honor the first responders — firefighters, police, and veterans — to the attack, 16 years ago on New York and gold star families.

“I think we can lose track of where we’re going if we don’t look back at where we’ve been,” Shields said.

“On that day, 16 years ago, our nation saw evil. The very worst of human nature. And we responded with the very best of America,” Danville Mayor Renee Morgan said.

The keynote speaker for the event was Derek McGinnis, a Marine Medical Corpsman and Sentinel of Freedom graduate. During his service in Iraq, he sustained a traumatic brain injury, extensive shrapnel wounds, damage to his eye and amputation of his left leg above the knee, all of which resulted from the time a suicide bomber drove a vehicle into McGinnis’s Humvee ambulance.

Nevertheless, he continues to persist and resist, having competed in numerous triathlon and running races and authoring the book “Exit Wounds” in hopes to help other returning soldiers overcome the chronic pain that never disappears.

“I came in here early today, I had the privilege of parking here in this parking lot. And I saw and listened to the sounds of freedom… As I look out here in this audience, I see defiance. Honoring our loss and not letting the terrorists change our ways of life. They will not win,” McGinnis said.

“For the 1 percent out there who are putting it all on the line today, I’m sorry I didn’t finish the mission with you. But I’ll tell you what, I believe in you. And I know you will succeed…

I will not forget.”