13 reasons why you should watch Netflix’s “13 Reasons Why” 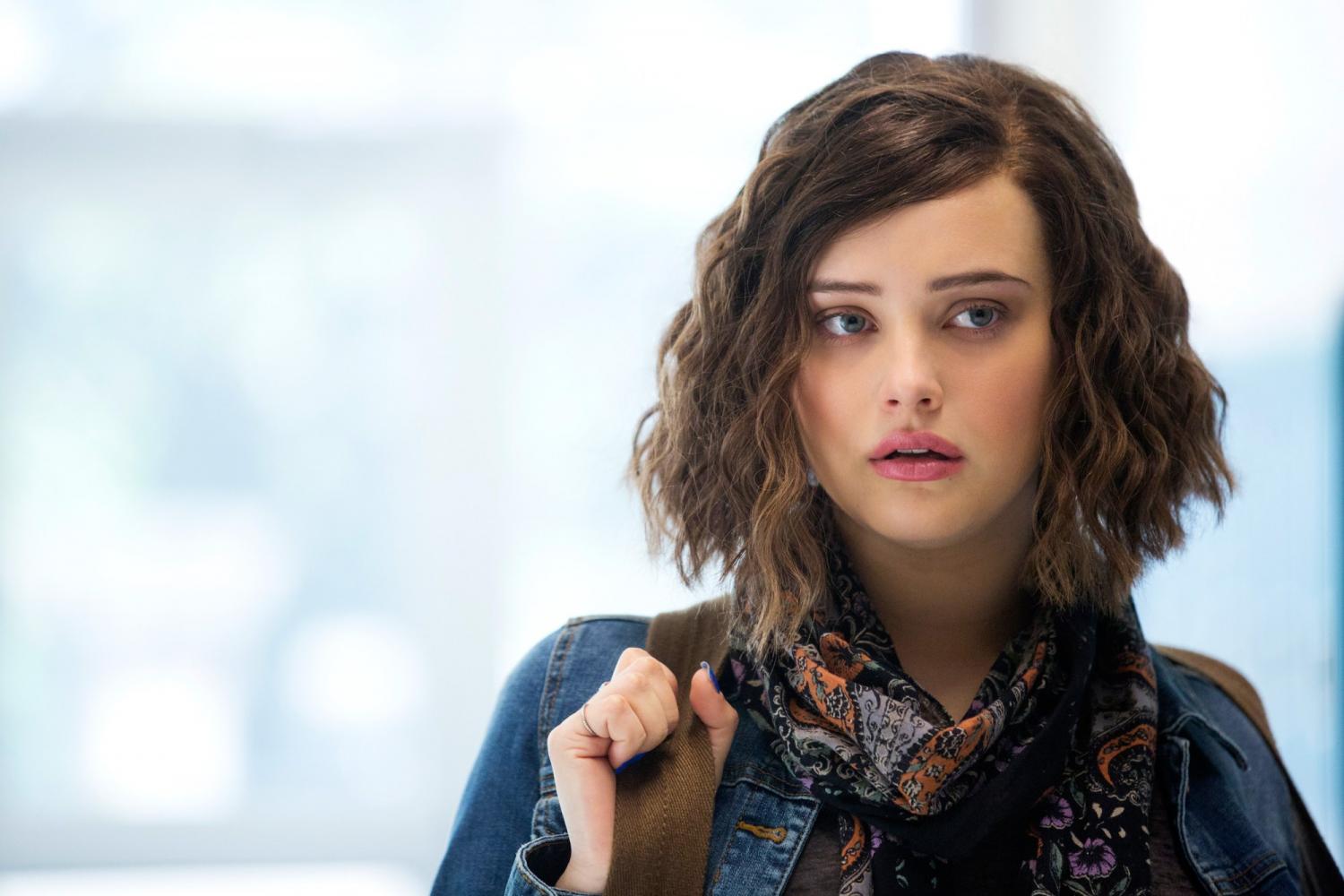 PHOTO COURTESY OF THE ODYSSEY ONLINE

“See, the truth isn’t always the most exciting version of things, or the best or the worst. It’s somewhere in between. But it deserves to be heard and remembered” (Asher).

In Netflix’s “13 Reasons Why”, protagonist Hannah Baker (Katherine Langford) sets out to tell the truth. Based on the book by Jay Asher, this 13-episode series revolves around Baker, who commits suicide in her junior year of high school after a cumulative series of occurrences.

She then leaves 13 tapes, each with a separate story and person, as an explanation to why they contributed to her decision to commit suicide. This series digs into topics that are usually avoided and shows the struggles of teenage life in the 21st century.

Here are 13 reasons why everyone should watch “13 Reasons Why.”

This point involves both the book and the show, both of which revolve around the same plot mentioned above. The fact that these tapes cause this much drama in a believable way is impressive, and we get a diverse cast of characters each with their own individual problems and plotline to follow. The show manages to flesh out every character, discuss who they are and how even though they’re not bad people, they contributed to the suicide.

Lead Katherine Langford, an up-and-coming Australian actress, landed her first major role as troubled teen Hannah Baker in “13 Reasons Why.” She carries the show well, and her characteristics naturally matched the character she portrayed. Dylan Minnette, playing Clay Jensen, was an established actor playing supporting roles until he was cast as lead for “13 Reasons Why.”

3) It has an amazing soundtrack.

The haunting soundtrack includes Lord Huron’s “The Night We Met” as Clay reminisces about his dance with Hannah, as well as pop songs from Selena Gomez, an executive producer of the series. Additionally, vintage classics from The Cure and Joy Division add dimension to the show.

4) It shows how signs of suicide are often overlooked.

In the series, those without the tapes, and even those with them, did not expect Hannah to commit suicide despite various signs she exhibited. At the end of episode 13, Alex Standall is revealed to have shot himself in the head. Many people were caught off-guard by what happened, which demonstrates how even viewers can overlook signs of depression and suicide, when he displayed many of these throughout the series (purposefully falling into the pool, having no plans for the future, etc.).

After Hannah’s death, the school began to put up posters on the wall about suicide that did not help, as expressed by characters in the show. However, through the events that occurred in the show, characters started to become more aware of the signs of suicide. At the end of episode 13, Clay reaches out to Skye Miller, a former friend who displayed signs of suicide such as cutting herself. The whole premise of the show raises suicide awareness and shows how something simple can resonate with someone.

6) It shows the importance of a strong support system.

In the last tape, Hannah says that Mr. Porter, her counselor, was the final proof that no one cared enough to help her. Hannah tried to go to Mr. Porter as her final hope, but he was too distracted with the ringing phone to pay attention. He was not convinced by Hannah’s story and did not know how to handle the situation. On top of that, Hannah kept this information from a lot of people so no one was there to help her. She had no support system and it resulted in a casualty. Having a strong support system enables one to get help and work through their problems. The series also stresses the importance of being there for someone if they feel sad, depressed or angry. This lets them know that someone is there for them.

7) It explains the pervasiveness of rape culture.

Later on in the story, viewers learn Bryce’s true dark nature: he raped two of the main characters: Jessica and then Hannah, causing irreversible trauma in both of their lives. Partly because of her boyfriend Justin’s lack of honesty, Jessica denied the fact that she was raped and tries to carry on life without it. She was driven to the point where she refused to believe it happened to her. Hannah tried to say otherwise to Jessica through the tapes, and only soon after did Jessica realize what had happened. Hannah’s rape made her feel like she was dead on the inside and was one of the more profound factors towards her decision to commit suicide. Hannah never specifically said “no” but it was clear that she did not want to engage in their act as she tried to escape. The series shows that no one should blame the victim and the victim should always receive the help they need.

8) It shines light on the consequences of gossip.

Throughout the story, Hannah is slut-shamed by the school for supposedly sleeping with several people, and the rumors only worsen until she loses all of her friends and feels she has nowhere and no one to turn to. All of her anxiety about these issues ultimately destroy her relationship with Clay, because she was unable to trust him enough to let down her walls. She believed the rumors and they broke down her self-confidence until she believed she wasn’t good enough to be with anybody. This resulted in a series of terrible events that ultimately led to the deaths of Jeff, Hannah and Alex as well.

9) It manages to include psychological issues.

Despite all the other issues that are brought up in this show, it manages to include psychology. Clay suffers from nightmares that only worsen as he continues to hear Hannah’s story. Through dialogue with his parents, it is made clear that he used to see a therapist and take medication for an unspecified disorder, but he was coping much better until the tragic events occurred. Jessica also suffers from a psychological issue as she begins to drown herself in alcohol and drugs to try to suppress her pain and guilt.

10) It shows the struggle of being a part of the LGBTQ+ community.

While Courtney Crimson has two gay dads she loves very much, she has seen them endure the pain and struggle of being who they are. Earlier in her life, Courtney’s dads were constantly ridiculed and taunted for being an uncloseted gay couple, and this saddens Courtney. When she and Hannah are at Courtney’s house, they kiss, and the viewers figure out that Courtney is a lesbian. While they kissed, a photographer, Tyler, takes a picture of them outside Courtney’s home. When this photo was released to everyone in the school, no one knew it was them at first, then when confronted at a school dance, Courtney denied the allegations and pinned it on Hannah, while spreading sexual rumors about her. This in an attempt to cover up the fact that she is lesbian. This makes you wonder: why? The answer is simple: she did not want herself nor her fathers going through the same struggle when they were growing up. It makes viewers realize that being in the LGBTQ+ community isn’t at all easy, and can come with many hardships.

11) It is relatable beyond teenagers.

The show touches on major stressful situations that are placed on adults and the complexity of parent-child relationships. While Hannah’s parents faced financial issues, they missed Hannah’s growing discontent and blamed themselves for not truly understanding their daughter after her death. Specifically, they depict scenes of arguing between her mother and father and their strained relationship. Additionally, the impacts of Hannah’s death on parents and teachers is illustrated. Mr. Porter, the school counselor, feels guilty that he did not realize Hannah’s depression sooner and could have possibly prevented her suicide. Now, he must deal with the lawsuit filed against the school and pressure from the community to do a more effective job counseling students.

12) It makes a profound impact on its audience.

In relation to all the other reasons, the messages it conveys helps the audience reevaluate their decisions and the way they treat others. This series generated more than 3.2 million tweets within the first week and even a few weeks later, is still trending on Instagram and Twitter.

13) It encourages others to get help.

By the end of Episode 13, it is obvious that there definitely were people who cared, and still care, about Hannah Baker. Her suicide harmed those around her and left a permanent mark. This serves as an encouragement to others that there are people who care and even though this is a cliché, they are not alone.

If you or someone you know is contemplating suicide, call the National Suicide Prevention Hotline at 1-800-273-8255.