Filthy Frank may have dropped the sleeper hit of the year 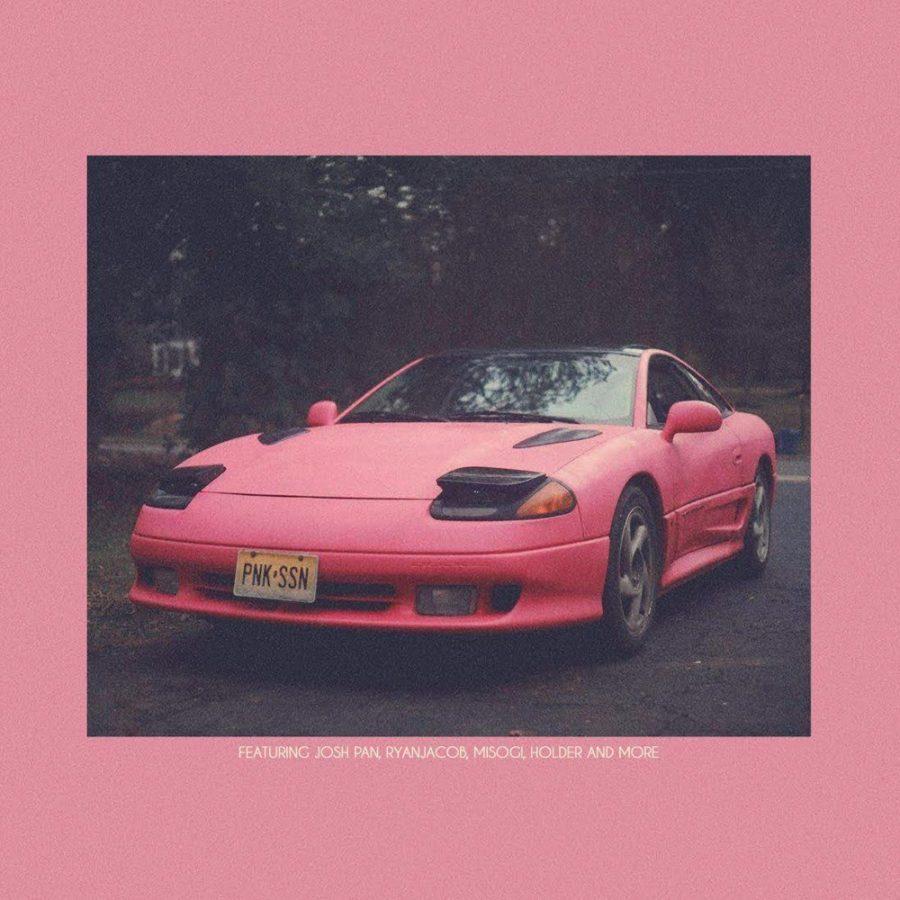 Whether you know him as Filthy Frank, Joji, PinkOmega or Pink Guy, George Miller has recently become a household name. The Japanese-Australian meme machine first gained recognition for sporting lycra while dancing to the “Harlem Shake,” a trend that later caught on and was erroneously attributed to TheSunnyCoastSkate. He debuted “The Filthy Frank Show” in 2011, where his lycra alter ego came to be known as Pink Guy — akin to Jekyll’s Hyde or Miley’s Hannah Montana. Pink Guy and his cast of characters (such a Safari Man, Salamander Man, Chin-Chin; whom are all played by Miller but have a unique story to tell) garnered 4 million fans, mostly due to a reputation for its offensive humor. The Filthy Frank Show became a household name in no time, spanning from early recorded street pranks to absurdist skits that follow a general story arch of the series. But Mr. Miller goes beyond a childish punk and a peddler of ableist and homophobic humor, for his history includes a musical side.

Miller has always enjoyed making music, as he elaborated in a rare interview with Pigeons and Planes. “I was doing music way before the Filthy Frank stuff… I’ve always wanted to make normal music. I just started the YouTube channel to kind of bump my music. But then Filthy Frank and the Pink Guy stuff ended up getting way bigger than I thought so I had to kind of roll with it.”

Miller debuted as Pink Guy with a self-titled effort in 2014, which served as more of a soundtrack to his recent stunts on the YouTube channel. The 37-minute “mixtape” mostly comprised of Pink Guy rapping over cheap beats, ukulele covers of Dr. Dre and random excerpts of Skype calls. The subject matter is relatively simple and ties in with the Show, religious quantities of sex jokes, satire of the popular culture of Miller’s Japanese heritage and plain and simple absurd nonsense. Just like in his show, there is a whole cast of characters to be played. An exclusive to his music is “Santa’s Brother”, who is a pervert extraordinaire whom embodies a 70’s “Stranger Danger” cautionary tale (see “Peanut Butter”). The album gained some positive recognition from The Needle Drop, but as a whole did not make any critical or commercial waves.

Then Pink Guy went dormant as a musician. In a bleak period between 2013 and 2016, several tracks on SoundCloud surfaced under names. We were first greeted with “Dumplings,” a Holder-produced banger that resembled a high-polished Pink Guy track. But it was followed by the B-side “We Fall Again,” a soft ambient ukulele jam backed by a simple drum machine. But Miller wanted to sell himself to us as PinkOmega, not Pink Guy. He was direly trying to prove that this is serious. Various tracks under this moniker culminated into the “Chloe Burbank” mixtape, a moody and atmospheric collection of trap beats. Then the hype built for his upcoming full-length album.

On Jan. 4, Miller posted some subtle album art featuring a pink exotic coupe emblazoned with a “PNKSSN” vanity plate and a friendly string of text saying “featuring Josh Pan, Ryan Jacob, Misogi, Holder and more.” It was announced it was available for purchase on iTunes and stream on Apple Music and Spotify. This appeared to be his debut as Joji, but once it listed as “Pink Guy”, as well as a string of very profane track names, it was clear this was something beyond both facets of his previous music projects.

The album opens with the track “Nickel” (the actual title too profane to print), a total comfort zone song for Miller as he raps in his trademark Pink Guy “voice” about his infatuation for the vagina over a cheap trap beat. The cycle of recurring themes — homosexuality denial, suicide, misogyny, racism etc. However, when you look between the lines, you eventually see that this is not necessarily for cheap laughs. This record is ridden with very deep undertones.

On the quasi alt-right anthem “White is Right,” Miller exposes the bizarre contradictions of the newly created fascist movement. He even goes as far to satirize Brock Turner: “ If I cry hard enough the police will let me go / Anytime, anytime / I’m a white teenage boy in his prime / If I rape a girl, it won’t be a crime.” He also lampoons the alt-right in the song “Gays 4 Donald,” which is possibly directed at Milo Yiannopoulos.

Miller also takes the time to challenge masculinity on various tracks, where he addresses masculinity in sexuality (She’s So Nice,” “Please Stop Calling Me Gay,” “Small,” “I Will Get a Vasectomy”), authority (“I have a Gun,” “Hand On My Gat”) and popular culture (“Nickelodeon Girls,” “Dora The Explora”). He even comments on the socially-aware hip-hop scene, with “Rice Balls” being a Tyler, The Creator-esque lament of his divisive fan base and glorification of depression. His mission statement seems plain and simple: be yourself; don’t take everything so seriously.

Miller most definitely steps up his game on production on Pink Season, creating enthralling but also well-arranged instrumentally that mostly take influence from trap music. The constant hailfire of high-tats on “Uber” and “She’s So Nice” makes the sonic aspect of the album really interesting.There is nothing really too exciting in the instrumental sphere, but Miller makes a terrific utilization of the FL Studio defaults.

Admittedly Miller does have some shortcomings on his lyrics. Miller does not exactly present any notable wordsmithing, but like his instrumentals, he knows how to make something great out of what he has.

This is possibly one of the most offensive albums I’ve ever listened to, let alone reviewed. Miller has purposefully and gladly crosses the comfort zones of his listeners (including myself) but not without providing some purpose.

This release is a double album, the standard edition clocking in at 78:25. It creates feelings akin to Frank Zappa’s “Freak Out!”, Prince’s “Sign O’ The Times” or The Rolling Stones’ “Exile on Main St.” Although not conceptual, these albums are so fun to listen to and are so expansive despite their long length.

Pink Season is a rarity of a release. It topped the Billboard US 200 at 70 and the US Top R&B/Hip-Hop albums at 9, without any label or promotion. It even topped the iTunes charts, surpassing  the “Moana” soundtrack. This opens all sorts of new possibilities for recorded music, proving more and more that the internet continues to be a vehicle for the new age of art.