“Fantastic Beasts and Where to Find Them” expands on the Harry Potter universe, setting up the future of the franchise 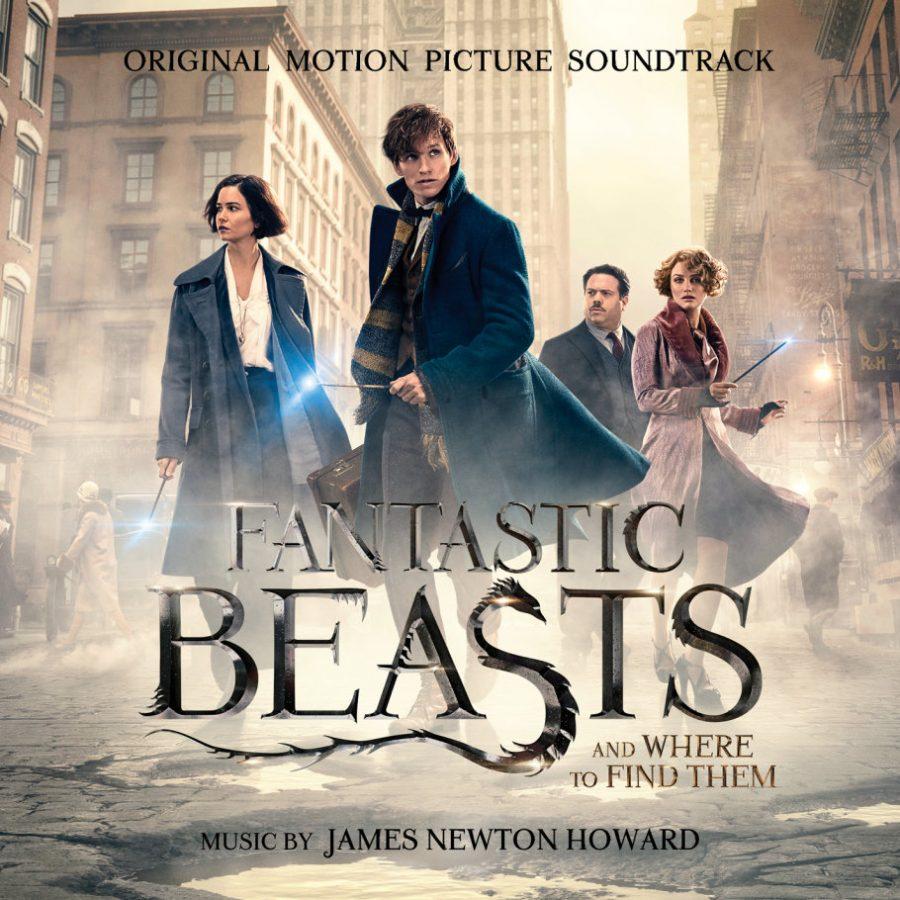 Despite its lighthearted tone, “Fantastic Beasts and Where to Find Them” is not easily dismissed. J. K. Rowling made sure to plant a number of seeds hinting at what lies in store for the “Harry Potter” franchise in this seemingly innocent spin-off.

The film came to theaters on Nov. 18 with the whirling of wands and the crackle of magic, creating a dream-like fantasy to excite the modern-day spectator. The film transports the audience to 1926 New York, where the powerful criminal and Dark Wizard Gellert Grindelwald is still at large. Magizoologist – someone who studies magical creatures – Newt Scamander initially comes to New York for a short stopover, but some magical creatures accidentally escape from his suitcase, which serves as a magical sanctuary that temporarily houses the creatures he studies. With the help of Jacob Kowalski, a No-Maj (someone without magical potential), and government witches Tina and Queenie Goldstein, Scamander endeavors to recapture all of his missing charges. Throughout the film, general No-Maj suspicion of magic increases, breeding whispers of war between wizards and No-Majs, whose relations are already strained. The problem blows up into a disaster resulting in the death of a politically prominent No-Maj, and the situation’s high stakes draws the attention of the Magical Congress of the United States of America. As it escalates into an intense battle, Scamander encounters an Obscurus – a powerful, destructive force unconsciously generated by an Obscurial, a child whose natural magical powers are suppressed. Following Scamander’s lead, the audience plunges into an investigation of the ethics of magic, the issue plaguing both the magic and non magic worlds. In the end, the wizarding community’s struggle to decide where wizards fit into the social hierarchy is left unresolved, and, with a hauntingly ambiguous parting question from Grindelwald the wizards are left even more uneasy, if anything.

Novelist J. K. Rowling can now lay claim to a new title: screenwriter. She worked on “Fantastic Beasts…” with director David Yates, who also directed the last four Harry Potter films, to shed light on the wizard world in America at a time of great tension between the wizards and Muggles around the world. This movie is a breath of fresh air, away from the United Kingdom and the stuffiness of Hogwarts school. It delves into the relationship between wizard-folk and No-Majs (also known as Muggles in Europe), turning the focus away from the petty relationships of teenage wizards. It explores the misadventures of expelled Hogwarts student Newt Scamander, who specializes in magical creatures.

The movie throws a spotlight on the dazzling creatures of Rowling’s magical universe, especially highlighting the beauty that they possess instead of the threat that they present. Reminiscent of familiar hippos, lions, birds, snakes, or moles, the playful creatures star and successfully entertain in “Fantastic Beasts.”

The cast of “Fantastic Beasts and Where to Find Them” has its gems and its letdowns. Eddie Redmayne plays the part of Newt Scamander, an unconventional hero who is awkward rather than charismatic, and prefers the company of animals over humans. His subtle heroics and hilarious antics lend the film an overall cheery mood. This bashful hero enthralls spectators and magical animals alike. Dan Fogler convincingly acts out the role of clueless No-Maj Jacob Kowalski, appealing to the audience’s sense of humor. Alison Sudol shines as Queenie Goldstein, a gentle beauty and a sharp Legilimens – someone who can see into others’ minds. Colin Farrell plays Gellert Grindelwald as Percival Graves. He incorporates just the right amounts of seriousness, grandeur, sanctimony, and ambition into his character. However, Katherine Waterston’s portrayal of Porpentina Goldstein was desperate and bumbling, unbecoming of a former Auror. And despite her elaborate headdress, Carmen Ejogo, as Seraphina Picquery, did not quite manage to pull off the formality and powerful air expected of a president. Johnny Depp as Gellert Grindelwald was a confusing choice, as he did not express the sinister intelligence of the handsome, young Grindelwald described in the Harry Potter books.

Scamander and his No-Maj friend, Kowalski, make for a comedic duo, overbalancing the darkness of the scenes with Samantha Morton’s Mary Lou Barebone, the cold leader of an extremist group aiming to eradicate witchcraft. The Goldstein sisters have tender personalities, further tipping the film towards the mild end of the intensity spectrum. J. K. Rowling’s women protagonists have a tendency to fall under the worried mother stereotype, as shown by their obsession with taking charge in the aspect of providing food and care for the men/boys in their lives. (This was the case with Mrs. Weasley and Hermione, and again is the case here, with Tina and Queenie.)

As for plot holes, there were definitely some puzzling scenes. In the beginning of the movie, when Newt first came to New York, it is unclear as to why Tina Goldstein spied on Newt Scamander. and why she was so bent on bringing him into custody. In the middle of the movie, why were the government witches so willing to execute Tina and Newt for their alleged murder of a single No-Maj, which was indirect, when Grindelwald was not sentenced to anything as severe as death, even though he was responsible for numerous deaths? And, near the end of the movie, how was the great Grindelwald caught so easily? Surely, one of the most dangerous Dark Wizards ever known would have had some powerful magic up his sleeve in order to escape custody?
“Fantastic Beasts and Where to Find Them” is rather sluggishly paced overall. The plot sags with cumbersome details and background that considerably slow down the storyline and draw the audience’s focus away from the main story at hand. The action in the movie is exciting, but briefer than expected.

The computer graphics, however, are stunning and effectively bring the inside of Newt’s battered-looking case to life. The vivacious animals pull the audience’s focus back to Newt Scamander’s plight and away from the distracting bits of history that Rowling incorporates into the movie. The CGI is particularly captivating when Queenie makes a strudel for Scamander and Kowalski. The transformation of Credence Barebone (played by Ezra Miller) back and forth between his human and Obscurus forms are equally awe-inspiring.
In addition, composer James Newton Howard created an enchanting film score that enhances the wild beauty of the animals that Scamander cares for, helping the audience appreciate the magic of nature. To the pleasure of many “Harry Potter” fans, the “Main Titles” start out with a brief echo of Hedwig’s Theme before plunging into its own unique theme. One particularly memorable song is “Blind Pig,” a jazz piece sung by Emmi. The music fully captures the easygoing American lifestyle that is mirrored throughout the body of the movie, and later contrasts it with the dark, sweeping destruction towards the film’s climax.

While those that are less enthusiastic may view this sidestory as a disappointing grasp at milking her original series for all the publicity she can draw, many fans will definitely appreciate Rowling’s latest installment. A fun appetizer of a tale, “Fantastic Beasts and Where to Find Them” leaves viewers hungry for more from J. K. Rowling and Newt Scamander.